Afghanistan: The High Price of Virginity

Campaigners say that women are routinely victimised and subjected to traumatic and invasive tests.

Afghanistan: The High Price of Virginity

Campaigners say that women are routinely victimised and subjected to traumatic and invasive tests. 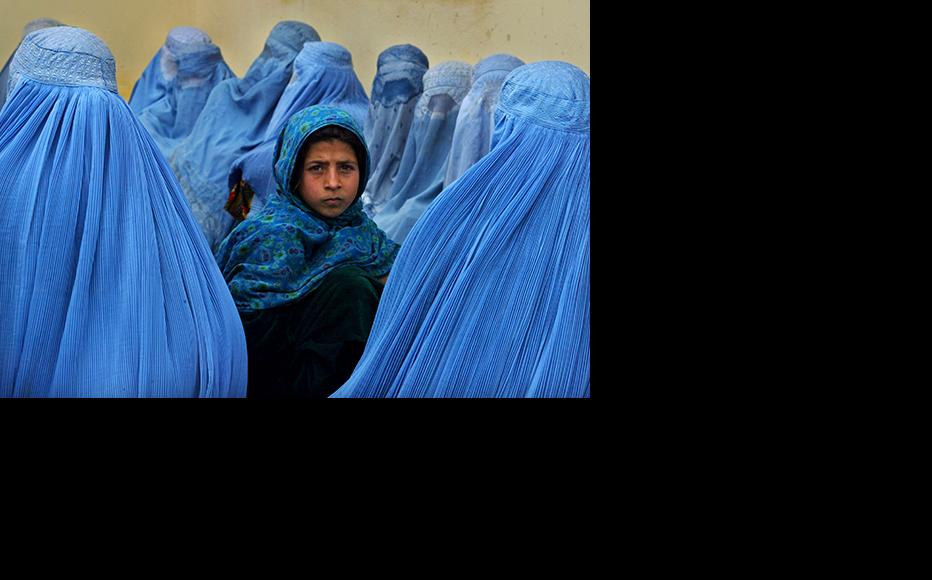 Afghan women wait in line to be treated at a health clinic in Kalakan, Afghanistan. (Photo by Paula Bronstein/Getty Images)
The link has been copied

Aisha was married to her cousin when she was just 15 years old. Six months after the wedding, her new husband summarily divorced her, claiming that she had not been a virgin when they married.

Now 17, Aisha said that her life had been utterly destroyed. Her husband, she said, had simply invented false accusations against her to get her out of the way.

“At first my husband said he trusted me because we had grown up together, but six months after we married he wanted to take another wife. When I told my father that my husband was arranging another marriage, the arguments began. Then my husband told everyone that I wasn’t a virgin when we got married.”

Aisha said that she had had no prior sexual contact with anyone and knew little about relations between men and women.

“I was very active as a girl, and I might have torn my hymen when I jumped or fell from somewhere. Now my husband has divorced me for a crime I myself knew nothing about,” she continued, adding, “I don’t want to get married again because if you are 14 years old and divorced, you have the same status as a widow. You won’t be valued like a virgin is valued.”

Virginity is highly prized in conservative Afghan society, seen as a symbol of modesty and family pride. Girls who are deemed to have had sex before marriage face public shame, divorce and even death.

Women and girtls also face invasive and degrading forced virginity tests to determine whether their hymen is intact.

Although President Ashraf Ghani has promised to ban these tests as part of official procedure, they are routine for women accused of anything that falls under the vague category of so-called moral crimes.

Suraya Subhrang, women’s right’s commission at the Afghanistan Independent Human Rights Commission (AIHRC) said that women suffered horrendously as a result of this emphasis that society put on virginity.

Describing what happened to some girls who were accused of having sexual experiences before their wedding night, she said, “In most villages, a girl who is found to not be a virgin is tortured, her clothes torn and hanged over her head, and she is forced to ride back-to-front on a donkey back to her parents’ houses, and one of her sisters is taken [for marriage] along with their bride price. Afterwards, the girl’s family kills the girl because of the insult to their honour.”

As for the forced virginity tests, she said she had witnessed their distressing consequences.

“Those accused experience extreme mental trauma,” Subhrang said. “We have traveled to different provinces and seen victims who were imprisoned after such examinations for their ‘crime’ of not being a virgin.”

Quite apart from the anguish such tests caused, Subhrang pointed out that they were effectively inconclusive, as women often lost their hymens in childhood. She also noted that no medical examination could differentiate between consensual sex and rape.

Women who lose their virginity as a result of sexual assault can expect little sympathy. That was the experience of Madina, who recounted how she was attacked as a young girl after, she had been sent to stay with her aunt.

“During the night, my cousin raped me,” she told IWPR. “When my aunt discovered this fact, she changed my [torn] clothes, warned me to keep this secret and told me that she would kill me if I told anyone. Many years later, my aunt came to our house one day to ask for my sister’s hand in marriage for her son. I kept silent and didn’t say anything.”

Some time later, Madina got married herself.

“When my husband understood that I was not a virgin, he began beating me and said he wanted to kill me. However, my mother-in-law stopped him and told him that he shouldn’t pollute his hands with the blood of a dirty girl. They took me back home and I had to tell my family the truth about how I lost my virginity. So my aunt’s family paid back the marriage expenses to my husband. My family had to stay silent to save my sister, who was married to my aunt’s son.”

Under such circumstances, it’s no surprise that many young women see preserving their virginity as a matter of life and death.

Mahtab Mehraban, a medical student at Kabul university, said, “Being a virgin is very important for me because this is our society’s only criteria for modesty and goodness. Our people are ignorant and consider girls who have lost their virginity to be immoral.”

“I have heard so much about girls facing dire consequences if they are not virgins,” added fellow student Tahira Rahimi. “So my virginity is as important to me as life itself.”

Elderly female relatives of a bridegroom often demand to see a bloody cloth on the wedding night as proof of the bride’s purity. In the absence of blood, the bride is beaten and sent back to her father’s house immediately.

However, doctors note that a failure to bleed the first time a woman had sex revealed nothing about her past sexual history.

Mozhgan, an obstetrician, said that hymens were frequently torn during childhood as a result of boisterous play. Some girls were born without a hymen while others just did not bleed the first time they had sex.

“In our traditional and religious society, it is unlikely that many girls would lose their virginity as a result of [premarital] sex due to the stigma and the heavy price which must be paid for such an act.”

Young women do sometimes seek medical intervention to ensure that they bled on their wedding night.

Maryam Abid, a gynecologist, said that such procedures were easily carried out.

“Gynecologists suture and ligate the torn parts of a hymen two or three days before marriage and this ligation causes some drops of blood [following intercourse],” she said, adding that a more thorough repair was possible if carried out five or six months before the wedding.

Hamkar, another gynecologist, said, “I repair three to four hymens each month. There are some girls who don’t have the money to pay me, but I still carry out the repair to save them from disgrace.”

VICTIMS OF THE STATE

Quite apart from social prejudice, activists argue that laws governing co-called moral crimes are an abuse of women’s rights and needed to be changed.

“Article 427 of Afghanistan’s criminal law regarding fornication states that losing one’s virginity before marriage is a serious offence and the ‘criminal’ should be punished for it,” said Ashraf Baskhtyari, head of the Forensic Science Centre, an NGO that opposes forced virginity examinations. “In addition, according to articles 444 and 449, police are permitted to seek the help of experts to solve cases in which there is a need for a medical examination; therefore, the police force of Afghanistan sends the ‘criminals’ accused of sexual crimes to a forensic centre.”

Women were often forced to take multiple virginity tests, even referred for the procedure by organisations they approached for help.

“[For instance], a girl who refuses to marry someone against her will might run away from home and go to a safe house to seek protection,” Baskhtyari continued. “The safe house sends her to a forensic centre for a virginity examination, but if they conclude that there is an issue with her hymen, she is sent to the ministry of women’s affairs, who send to another centre for a further forensic examination.”

Jamshid Rasooli, the spokesman of the Attorney General, confirmed that women could be sent for up to four tests to determine whether or not they were virgins. These examinations usually took place in the presence of the police, the accused’s lawyer, clinic staff and sometimes even medical students.

He gave an example of one case in which multiple tests were deemed necessary.

“Some time ago, someone was examined and found to still be a virgin,” he said. “Later, the woman was sent to the Malalay hospital where the authorities said that there was a problem with her virginity. Because of these contradictory opinions, the accused was examined again in front of four doctors, the lawyer, and a policewoman.”

Only after that was she given a document affirming that she was a virgin and should not be examined again.

Rasooli acknowledged that the process was extremely distressing and intrusive, and had little evidentiary value.

However, those responsible for carrying out the tests deny that women are examined in the presence of others without their permission, or that any internal examination was carried out.

Tarina Yadgari, the head examiner at Kabul’s main forensic medical centre, said that her department had carried out 227 virginity tests in the past eight months, 70 of which had been requested by the women’s families via a formal letter from the ministry of public health.

Yadgari said, “When the one being examined agrees, then the medical and law students can witness it, but it is not a digital examination and nothing is allowed to be inserted.”

Public health authorities also downplayed the impact of such examinations.

Wahid Majrooh, the spokesman of the ministry of public health, said, “The ministry of health and the justice department consider the rights of the patient to be their priority and take into consideration all moral and legal ethics. In addition to the issue of confidentiality, they are examined by female doctors after giving their permission and the results are then reported according to professional standards.”

Religious experts warn that although sex outside marriage was seen as sinful in Islam, families should not take the law into their own hands.

Shekeba Parsa, an Islamic studies lecturer at Kabul medical university, said, “The issue of virginity is mentioned in some verses of the holy Quran, but people are nonetheless still ignorant and follow their own customs and traditions. Usually when a family realizes that the girl is not a virgin on her wedding night, they start abusing her and send her back to her family without knowing the reasons why.”

She added, “Even when a person is accused of fornication, the case must be proved by strong evidence as well as a confession, and only then, according to the law, the criminal should be whipped hundred times. The criminal should be punished by criminal law after proof is provided, but punishing somebody without any evidence is wrong.”

But Ali Fakoor, from human rights NGO the Research Institute of Women and Children, said that virginity should be neither a matter for pride nor shame.

A person’s value or level of modesty could be decided by many other criteria, he continued, noting that society had no similar sanction for men who visited prostitutes or had other extramarital relations.

He said, “If a girl has had sex and lost her virginity before marriage, she should not be blamed if her husband has also had sex. Only men who are virgins themselves have a right to ask their brides to be virgins, too.”