Afghanistan: Cotton Instead of Poppy?

Locals say that reviving a once-flourishing processing plant could provide a much-needed alternative.

Afghanistan: Cotton Instead of Poppy?

Locals say that reviving a once-flourishing processing plant could provide a much-needed alternative. 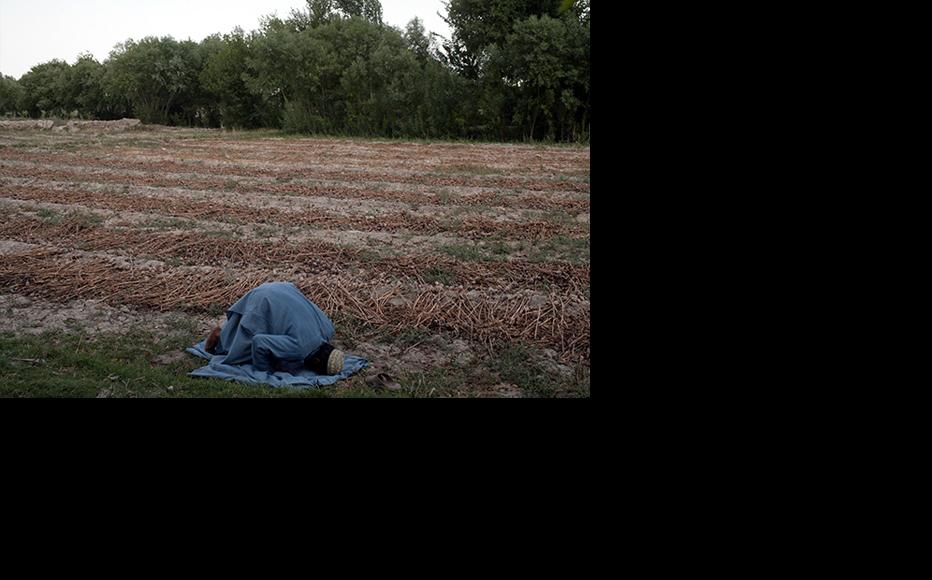 An Afghan man prays in a field of poppy. (Photo: Marco Di Lauro/Getty Images)
The link has been copied

Activists in Helmand are calling for Kabul to push through a promised financial rescue package to enable a major state-run cotton factory to re-open in the southern province.

The plant, known as Bost Enterprise, was shuttered three years ago, resulting in significant job losses in a province already suffering from high unemployment.

Since its closure, activists have repeatedly pressed central government for funding in the hope of bringing the factory back online.

Last year Afghanistan’s High Economic Council – set up to spearhead the country’s economic development - approved a 4.2 million dollar grant to the factory, but so far the money has failed to materialise.

Speaking at a protest meeting in late December last year, activist Abdul Haq Zwakman urged the government to deliver on their promises. He said the factory was a critical asset to the province, and its seemingly willful neglect was hugely damaging to the region’s economy.

“The people of Helmand can’t tolerate that basic, fundamental efforts to assist them are not being made,” he said. “If the problem of Bost Enterprise isn’t solved, and if this inattention to so crucial a project continues, we will have no choice but to stage protests.”

Bost Enterprise was first established more than 50 years ago during the reign of Mohammad Zahir Shah, the last king of Afghanistan.

At its peak it employed some 3,000 workers on-site as well as providing employment to thousands of cotton-producing farmers across the region.

Between the mid 1960s to the late 1980s, the plant processed around 32,000 tonnes of cotton a year as well as producing close to 11 tonnes of cooking oil and thousands of bars of laundry soap.

But during the civil war of the 1990s it fell into a state of disrepair and was eventually shut down altogether in 2015.

In an interview with IWPR, social activist Nazar Mohammad Roodi claimed the factory’s closure was a perfect example of ministers failing to safeguard critical job opportunities in the region.

He argued that the resulting high unemployment was helping to drive the insurgency, leading to a rise in violence.

Roodi explained, “Central government doesn’t seem to be paying attention to either the security or the economy of Helmand province.

“The decisions that should have been made on our behalf have been ignored and our economy is broken. This is why the war continues here every day.”

Umar Zwak, a spokesman for Helmand’s governor, agreed that restarting the factory would prove a huge boost for employment in the region.

But he blamed senior figures at Bost Enterprise for the factory’s demise, insisting they had failed to convince Kabul just how important an opportunity the factory represented.

“Officials at the plant are very much responsible here,” he said. “They’ve failed to get across to central government the significance of Bost Enterprise.”

Sherin Khan, head of the plant, acknowledged that the management had made errors in the manner in which they had pushed for government backing.

But he said that officials remained in contact with Kabul, and that some headway had been made in terms of the allocation of new equipment.

“We have sent dozens of documents to authorities in Kabul to inform them about the Bost Enterprise shutdown,” he said.

“They have promised action and the ministry of counter-narcotics has now sent two huge generators, each with a 500 kilowatt capacity, that will help power the factory when the time comes [to re-open].

“When we receive the full grant from the High Economic Council we’ll be able to set the purchasing price of cotton and inform local farmers.”

Attaullah Afghan, head of Helmand’s provincial council, agreed that reopening the factory could play a pivotal role in reducing poppy cultivation in the province.

He pointed to the billions of dollars Afghanistan had spent in attempting to eradicate opium production, and claimed the money would have been far better spent on building factories equipped to process cotton or other crops.

“Bost Enterprise can play a very important role in the prevention of poppy cultivation in Helmand,” he said.

“If this factory is brought back online, thousands of farmers in the region will stop growing poppies and start cultivating cotton. The price of cottonseeds is also better than for other produce and so this brings great benefits to farmers.

“Helmand is capable of growing wheat, fruits, cottonseed, and corn. If the government builds processing factories for each crop it will create thousands of jobs. Our crops can be processed at these factories and then sold around the world.”

Khaliqdad, a 50-year-old farmer, told IWPR that he had supplied Bost Enterprise with cottonseeds for years before it closed. Now, however, he had turned to growing poppy.

“I grew cotton for many years and the income I gained from it was enough for me to live on very happily,” he explained.

“But when the factory started to face problems during the civil war the government stopped purchasing our crop and the price of cotton dropped a great deal.

“At that point I had little choice but to start poppy cultivation. If the factory is activated again, and government starts purchasing cotton from me, I’ll definitely stop growing poppies.”

Izmarai, a shopkeeper who still works in the cotton industry in Lashkar Gah, added that the Helmand cotton was of exceptionally high quality and would be in high demand if produced and processed correctly.

“Pakistani and Iranian cotton can be found in Afghanistan but ours is always more expensive,” he said.

“It’s double the price here as Helmand’s cotton is such good quality. People will always want to buy it.”