Hundreds of minors arrive in Afghanistan without their families.

Hundreds of minors arrive in Afghanistan without their families. 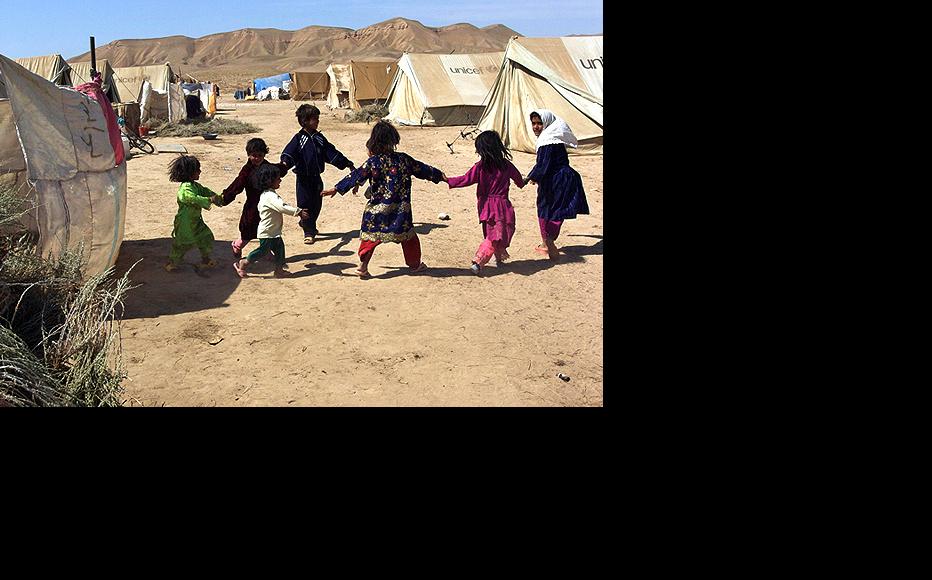 Children at a refugee camp near Sar-e Pol for Afghans recently returned from Iran, 2009. (Photo: UN Photo/Eric Kanalstein)
The link has been copied

Abdul Majid, 12, sits crying quietly in a corner of the Ansar refugee camp in Herat province. He is alone in Afghanistan; his parents and seven siblings are all back in Iran.

He said he was out with some friends in a park near his home in Semnan province one evening when he was detained.

“The police beat me up,” he said. “They asked me whether I was involved in violent groups. I swore I wasn’t connected with any. They finally deported me after eight days, and sent me to Afghanistan.”

Weeping bitterly, Abdul Majid said he did not know anyone in Afghanistan.

“I dream every night that my parents and brothers and sisters are looking for me. I wake up every morning crying,” he said.

Abdul Majid is one of hundreds of Afghan refugee children deported from Iran and taken from the Islam Qala crossing to camps such as Ansar, funded by the International Organisation for Migration, IOM, and the office of the United Nations High Commissioner for Refugees, UNHCR.

Some of these children have never been to Afghanistan before and appear to have been removed from Iran without their parents’ knowledge.

Observers from the Afghan Independent Human Rights Commission, AIHRC, and the UN children’s agency UNICEF wait at the Islam Qala border point every day to register deported children as they come across and monitor where they are sent. AIHRC says it has interviewed and registered more than 2,000 such children over the past year.

Some are taken to relatives or other locations in Herat and neighbouring provinces, others to refugee camps.

Abdul Baqi Osmani, an official with the Coordination of Humanitarian Assistance group at the Ansar camp near Herat, said children were accommodated according to their age-group and emotional state, and provided with medical care before being sent to their home provinces, where that was possible.

Ainuddin Aslami, a camp official, told IWPR that around 850 children had been brought there in the last year.

“We noticed signs of beatings on the bodies of these children,” he said, adding that they would be cared for in the camp until relatives were traced or they were found places in orphanages.

Nuria, 11, was deported from Iran via the Islam Qala crossing a month ago, and does not know anyone who could come and get her from the camp. She says she was picked up by Iranian police when she went out to buy bread.

“I cried a lot, but the police had no pity on me,” she said, weeping. “They wouldn’t let me inform my family.”

“There are many children whose families live in Iran. They’ve been detained by Iranian police when they leave their homes for some reason, and are then deported,” he said. “According to the children, they are not given any food in the Iranian camps [prior to deportation] and are forced to perform work like as unloading trucks or cleaning toilets. Children are kept in the same rooms as adults, which runs contrary to all principles of child rights.”

Hamed Mardan of UNICEF expressed concern about the position the deported children now found themselves in.

“These children were born in Iran and brought up there. They don’t know the place they’ve been deported to, and are therefore very vulnerable” he said.

Mardan explained that in cases where deported persons possessed the relevant ID card, they were treated as refugees. When children had no papers, they were taken to an orphanage and their cases handed over to the Afghan authorities.

Hamidullah Khatibi, head of the government department for refugee affairs in Herat province, said his agency planned to contact UNHCR’s office in Iran to find children’s families, with a view to sending them back there.

Child welfare expert Dad Mohammad Wahedi said the government needed to take serious steps to help the deportees as they were exceptionally vulnerable.

“They will face psychological and spiritual problems, lose out on the chance of an education, and will be deprived of the love of parents and families,” he said. “There are many threats to these children, such as the risk they will be targeted by human trafficking gangs who will sell their body parts, or force them into sex work or slave labour.”

Since 2001, Iran has been pressing the Afghans who went there during earlier conflicts to return home. Although there are no precise figures, around one million Afghans are believed to be still living in Iran, most of whom have refugee status.

Khatibi argued that Tehran was using the deportation issue as a political tool to exert pressure on the Afghan government. In that context, he said, the removal of children from Iran was particularly problematic.

Mir Eskandari, an official at the Iranian consulate in Herat, flatly denied claims that children were being deported separately.

“We haven’t tried to separate children from their families and remove them from Iran,” he said.

He added that most of the Afghans now in Iran were there illegally, so deporting them was legitimate.

Sayed Wahed Hashemi is an IWPR-trained reporter in western Afghanistan.

Iran, Afghanistan
Connect with us