Activists Get Their Message Across in Central Asia

IWPR has helped dozens of rights organisation to communicate more effectively with the public.

Activists Get Their Message Across in Central Asia

IWPR has helped dozens of rights organisation to communicate more effectively with the public. 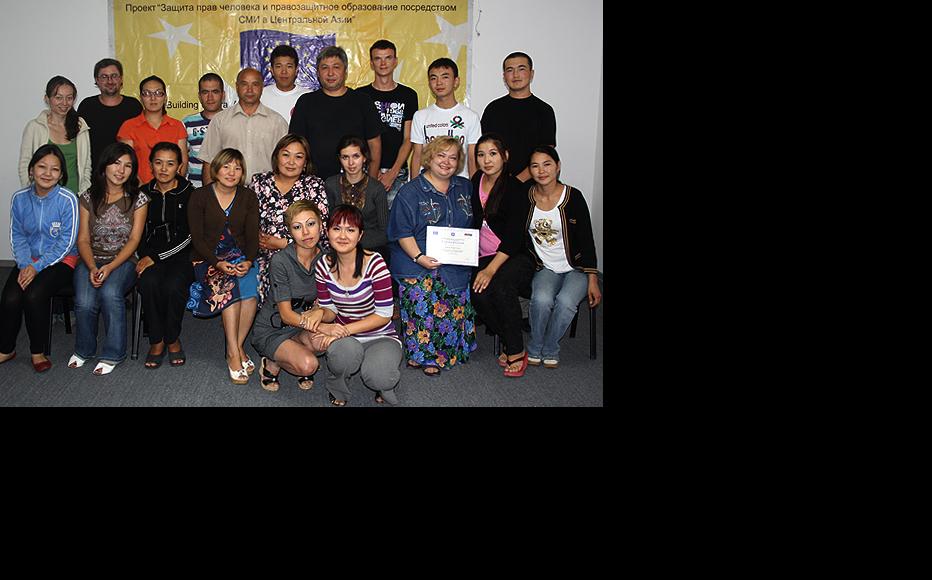 Journalists from around Kyrgyzstan attend a human rights reporting workshop in the town of Chok-Tal, August 2010. (Photo: IWPR) 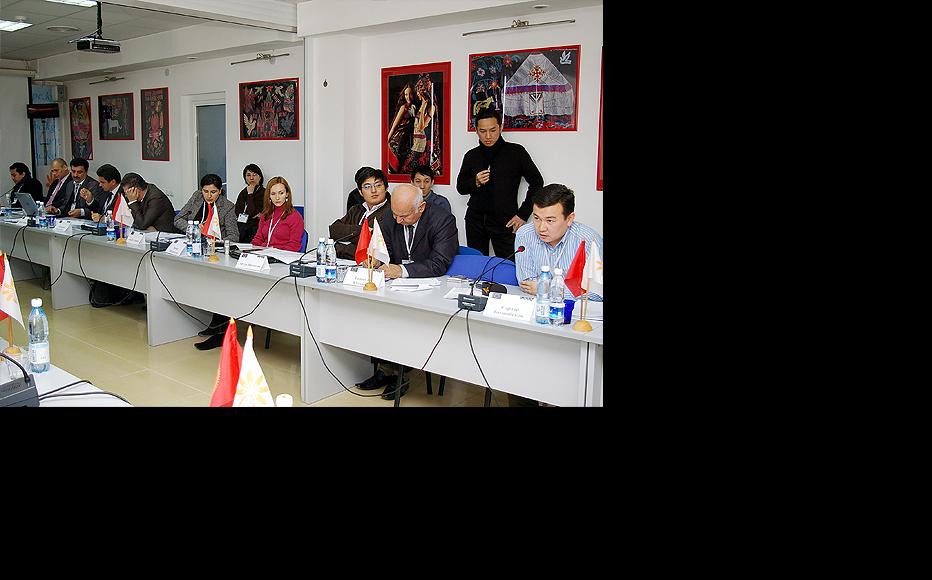 Freedom of speech in the internet age, a discussion in Bishkek attended by participants from across Central Asia. November 2009. (Photo: IWPR) Guljamal Sultanalieva, then a member of Kyrgyzstan’s parliament, speaking at an IWPR event on access to education, held at the Kyrgyz-Turkish Manas University in Bishkek, March 2010. (Photo: IWPR) 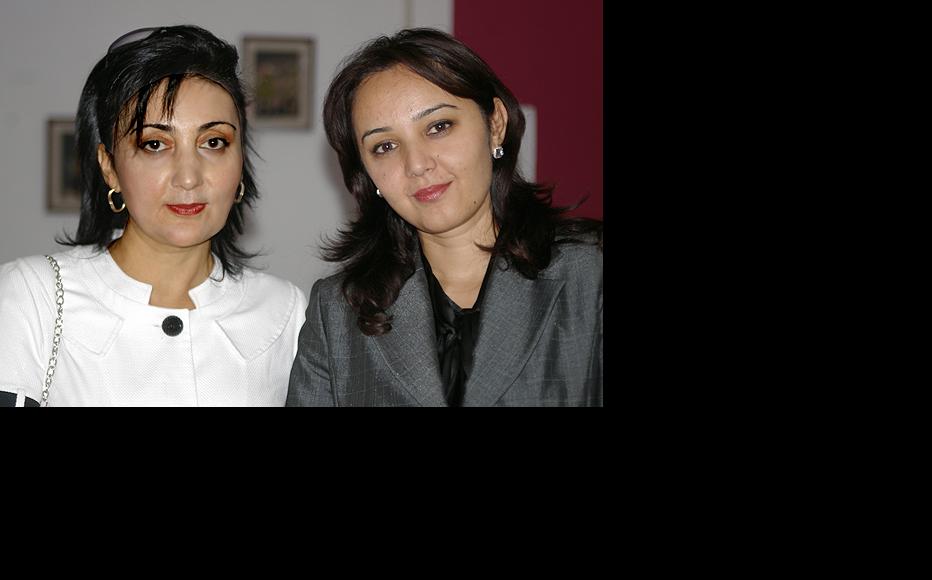 IWPR’s team in Tajikistan – editor Lola Olimova and Parvina Khamidova (who has now left to edit the Asia Plus newspaper). (Photo: IWPR) 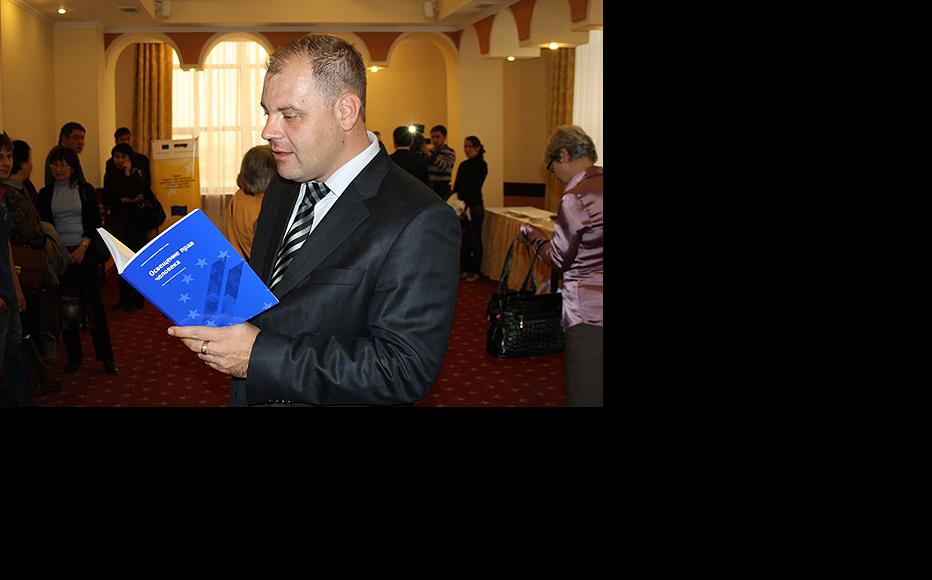 Eduard Poletaev, a political analyst from Kazakstan, with a copy of IWPR’s Covering Human Rights: a Practical Guide for Journalists at the book launch in Almaty, Kazakstan, October 2010. (Photo: IWPR)
The link has been copied

An IWPR project in Central Asia has been showing human rights groups across the region how they can improve their outreach strategies, and specifically how they can engage with media organisations and explain what they do and why they do it.

“The project has shown that in the Central Asia countries, and especially in the provinces, there are NGOs doing amazing work, with members who are hugely enthusiastic about doing it,” IWPR regional editor Dina Tokbaeva said. “Yet their work remains unknown to the broader public, in large part because they don’t know how to engage with the media to get their message out to audiences.”

According to Lola Olimova, IWPR’s editor in Tajikistan, “human rights defenders do a great deal of work but they are few in number so their voices don’t get heard when there are major cases of human rights abuses”.

To complete the circle, we have been working closely with Central Asian journalists to discuss why human rights are important, what the main issues are, and how they can best frame them in engaging stories.

“Apart from an ability to write and a knowledge of international journalism standards, reporting on human rights issues requires one to take a personal interest and also to show courage, since reporting on these things can be dangerous,” Tokbaeva said.

The work is being funded by the European Commission’s EuropAid Development and Cooperation arm, under a global programme designed to support the work of human rights defenders. The foreign ministry of Norway has provided significant part-funding for the human rights project.

We began by training human rights practitioners in how to write press releases and use other ways of communicating, including social media, to raise public awareness about their work. Simultaneously, we held discussion events where journalists got to grips with some of the key rights issues facing their individual country and the region as a whole.

As Parvina Khamidova, who worked on the project and is now editor of the Asia Plus newspaper in Tajikistan, said, the subject matter was not always easy to deal with. “I recall in particular a series of roundtables on suicide,” she said. “It’s a very difficult subject, but when it’s discussed not just by experts but by all those concerned, a more complete understanding of the problem comes out of it."

Olimova said the big challenge was to build bridges between journalists and civil society activists, in an environment in which there was some mistrust between the two. On the one hand, media outlets may be reluctant to touch on sensitive issues that could get them into trouble with the authorities, and on the other, rights groups tend to form communities of their own.

As a result of the project, close to 40 organisations working on rights issues in all five Central Asian states now work closely with IWPR, and 550 individuals, half of them journalists and the rest human rights defenders attended IWPR-run training events.

After attending seminars led by leading rights activists in Tajikistan, journalist Biloli Shams said he had a much better idea of how NGOs gathered their material – and how they succeeded in prising information out of officials who might prefer not to reveal it.

Workshops on new media were an eye-opener for journalists and rights activists alike in Kazakstan, according to Adil Jalilov, chairman of the Media Alliance of Kazakstan and former regional editor of IWPR’s human rights project.

“Many participants, including real professionals from the worlds of journalism and advocacy, discovered a new world offering great opportunities, such as Google and Twitter,” he said.

One practical outcome of the project was demonstrating in practice how the combined efforts of media and civil society can facilitate change. IWPR and its NGO partners ran joint campaigns on issues including domestic violence, access to education for children, and suicides caused by social problems. Interlinked activities from the publication of IWPR report on the issue concerned to public debates raised awareness at different levels, from concerned citizens to politicians.

IWPR Central Asia Regional Director Abakhon Sultonnazarov said it was an achievement that government and law-enforcement officials agreed to take part in debates of this kind, as they tended to be wary of engaging with international and NGOs for fear of being grilled.

“In our project we’ve seen many examples where we have successfully brought civic groups and state institutions together,” he said.

To give one example, a parliamentary committee in Kyrgyzstan said it would take on board the recommendations made at an IWPR-backed event on why certain children were unable to go to school. In Tajikistan, similar debates played a central role in efforts to get a bill specifically banning domestic violence through parliament.

In Kazakstan, a joint effort with media rights groups and the United Nations Development Programme generated draft legislation on access to information, which went on to be debated in a series of public hearings.

“It can sometimes be difficult to work with state institutions as they don’t fully understand the role of the media, and don’t always understand the point of discussing human rights issues,” IWPR’s Kyrgyzstan country director Erlan Abdyldaev said. “I would say they need additional advice on these matters, which we’ve been able to give them.”

IWPR produced a pair of books aimed at the two target communities, containing practical guidance and case-studies on how journalists and human rights defenders work and how each can work successfully with the other.

The recipients included 16 universities in various Central Asian states, which said they were particularly useful as modern textbooks were in short supply. For more, see Central Asia Handbooks in Demand; the Russian-language books themselves are Reporting Human Rights: A Practical Handbook for Journalists and Effective Communications: A Practical Handbook for Human Rights NGOs.

IWPR also held a human rights reporting contest which gave a much-needed boost to the work of journalists covering abuses in the region. Awards ceremonies were held in December in the Kyrgyz capital Bishkek and in Dushanbe, Tajikistan.

Asyl Osmonalieva, a recipient of one of the IWPR Human Rights Reporting Awards, says taking part in the project as a regular author has enhanced her skills and given her a better understanding of housing, migration, domestic violence and child labour.

“These seem to be run-of-the-mill problems that people are just used to,” she said. “No one pays attention to them until you can show that they are human rights issues.”

Africa
Human rights
Connect with us