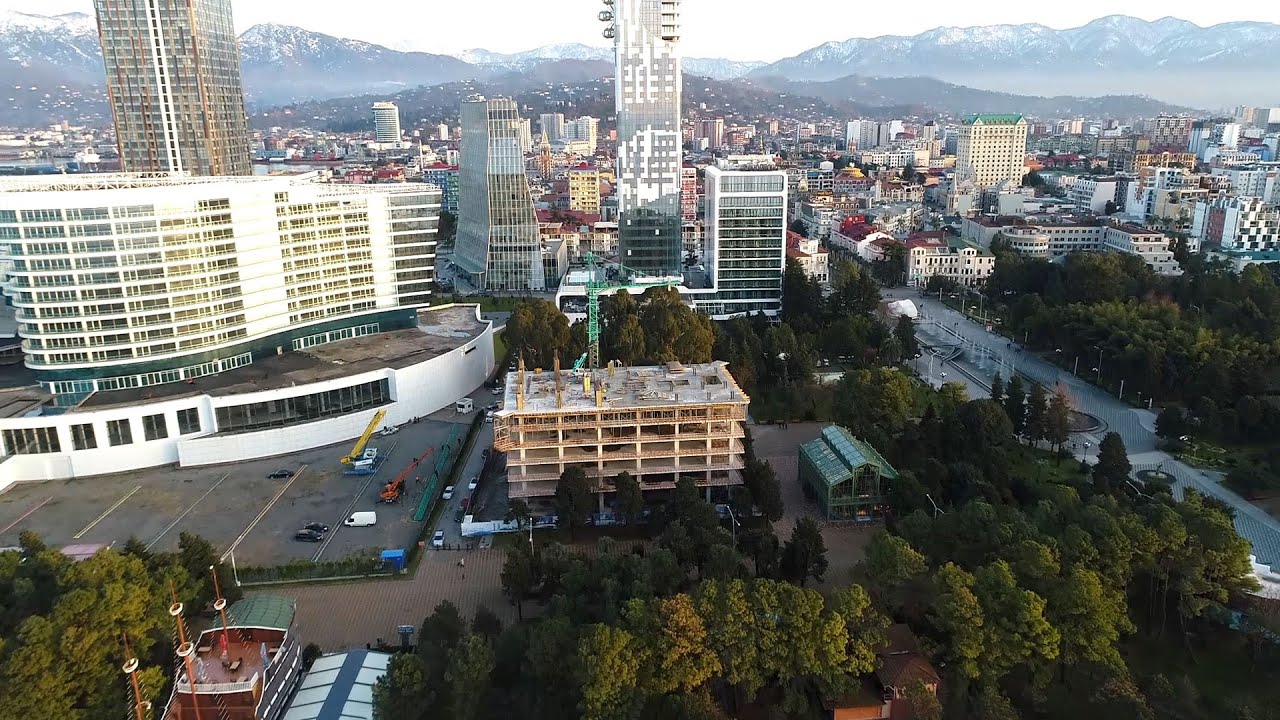 Despite numerous protests, construction work on the 19-storey Ambassador hotel on Batumi Boulevard continues. Although the law officially prohibits the construction of a such a high building in the vicinity of a heritage monument, in January 2021 the Adjara Cultural Heritage Protection Agency deemed the works to be part of the rehabilitation of a statue.

"For almost three centuries, Batumi Boulevard has been the focus for the city’s social identity."

Now a court case has been opened by protest organisers to decide whether construction will be allowed to continue. The main organisers are Batumi and Defend the Boulevard, NGOs which prevented the destruction of the Fantasia cafe-bar and the Shua-Alia or “middle alley” of the boulevard.

For more than a century, Batumi Boulevard has been the focus for the city’s social identity. Although it is an area of national importance, business groups constantly try to develop the boulevard and destroy the cultural importance it represents. So far, more than 5,000 signatures have been collected against the construction of the Ambassador Hotel.

Georgia
Rule of Law, Corruption
Connect with us