The Inguri hydroelectric power plant badly needs repairs that would put it out of action for months if not years.

The Inguri hydroelectric power plant badly needs repairs that would put it out of action for months if not years. 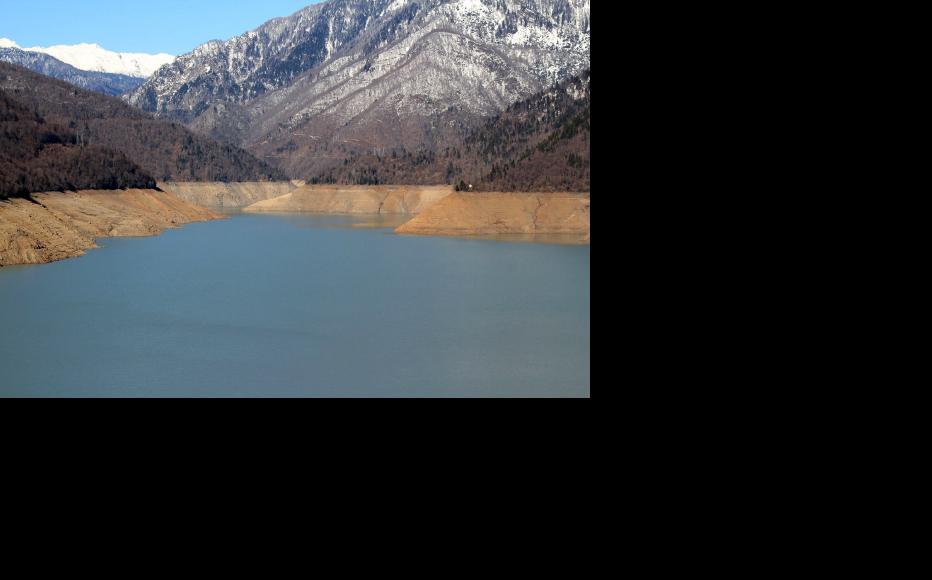 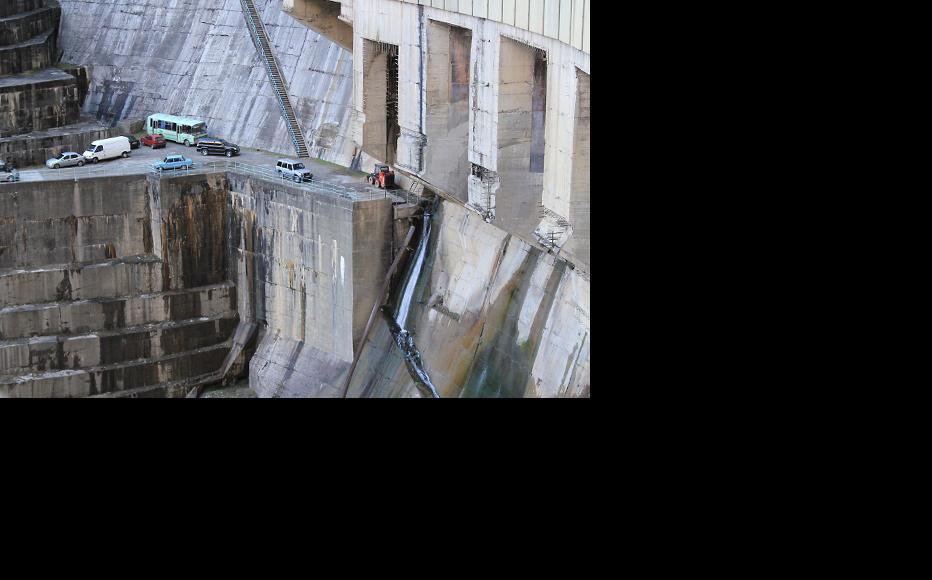 Inguri dam. (Photo: Izida Chanya)
The link has been copied

The prospect of large-scale repair work on the Inguri hydroelectric station, crucial for power supplies to both Georgia and Abkhazia, have raised questions about the neighbouring territories’ energy security.

The plant, which straddles both sides of the de facto border, is the only joint Abkhazian-Georgian project.

Relations between the two territories have been extremely sensitive since Abkhazia broke free of Georgian control in the 1990s and declared independence.  Russia recognized Abkhazia in 2008, but Georgia still claims sovereignty.

Specialists warn that the hydropower plant, called Inguri in Georgia and Ingur in Abkhazia and operational since 1978, is badly in need of repair. This would involve major project that risks putting extra stress on the fragile partnership.

At a height of 271.5 metres and 800 metres long, Inguri has one of the world´s largest concrete arch dams. This is located on the Georgian side, as is the water reservoir and part of the diversion tunnel.  The power station building, four near-dam installations and the other part of the tunnel are on the Abkhazian side.

Both sides manage the installation and share the electricity it generates, forcing them to cooperate and maintain regular contact.

“It´s like Siamese twins, who cannot be separated,” said Eric Livny, director of the International School of Economics at Tbilisi State University.

“At the moment, the Inguri hydroelectric power station is one of the few connecting links between Georgia and Abkhazia. … In other areas, cooperation between the parties to the conflict is completely absent,” said Livny.  “I do not see any other future for Georgia and Abkhazia, but to communicate directly and solve problems together.”

Repairs and reconstruction to Inguri will be hugely expensive, and there are also questions on how to eliminate the energy losses and provide for alternative power supplies while any work is ongoing. This in turn creates energy security risks for both sides.

In 2014, international donors funded the large-scale rehabilitation of electric and hydro-mechanical equipment as well as the strengthening of the main arch dam. These repairs were done step-by-step, allowing the plant to continue functioning.

The main issue now is repairing the 15.5 km long pressure-diversion tunnel, which means putting Inguri out of action for months at a time.

Currently, almost half the volume of water passing through the tunnel – 10 out of 22 cubic metres of water per second - is lost.  But to assess and repair even the most damaged section, which is 300 metres long, the entire power station needs to be shut down.

“The operation of the hydroelectric power station should be stopped and the tunnel discharged for three to three-and-a-half months to assess the state of the damage and conduct necessary research and construction works,” said David Sharikadze, head of the energy department at Georgia´s ministry of energy. “During this time, the most damaged section should be repaired.”

This means that Abkhazia and Georgia will not only have to pay for repairs but also find the resources to purchase alternative sources of energy for these months. For more extensive repairs, the plant would have to suspend operations for much longer.

Supplies have already been disrupted in Abkhazia, where electricity provision was shut down for two hours a day and three hours a night in January and February.

The shortfall was a result of the combination of less rain last summer and increased power consumption in Abkhazia.

“The situation this winter has clearly shown that both sides need to invest in repair,” Livny said. “It may well be that temporary problems with the electricity supply and awareness of the gravity of the situation will encourage the parties to decide to jointly invest in the repair of the hydroelectric power station.  And this will be great.”

However, he doubted that repairs on such a vast scale would be possible any time soon.  The repair of the entire tunnel would take several years.

“There are no such resources available so far to compensate for the loss of electric power,” he concluded.

However, the official Georgian position does not rule out comprehensive building work.

“It is quite possible that we will soon return to the issue of [complete] repair of the joint strategic facility, otherwise there could be power failures,” state minister for reconciliation and civic equality Paata Zakareishvili told IWPR.

In Abkhazia, the energy situation has reached a critical point.

After the war in the 1990s, the Inguri power station became practically the territory’s only source of electricity.  Dozens of smaller power plants that operated in Soviet times were destroyed during the fighting or looted in the post-war period.

Over the last two decades, the two sides have operated under an informal agreement according to which Abkhazia receives 40 per cent and Georgia 60 per cent of the energy Inguri generates. Abkhazia’s state energy company receives this electricity for free and sells it to consumers at a low price.

Although Abkhazia´s territory is no longer under Georgia´s jurisdiction, the Georgian government considers it its political responsibility to take care of the regions that were once part of its country.

Energy use is rising in Abkhazia, however, which some experts attribute to the minimal tariffs and a low collection rate.

According to Gia Khubua, Inguri’s technical director, Abkhazia´s consumption of electricity this winter increased by almost ten per cent.

“During the winter heating season, from the beginning of November until the end of March, Abkhazia consumes around 1 billion kW per hour, but [its] total [share] is no more than 800 million kW per hour,” said Khubua.

Georgia imported additional electricity from Russia and supplied it to Abkhazia, but this was seen as only a temporary solution.

With no alternative sources of electricity and no extra money, Abkhazian politicians are holding negotiations with Moscow, the largest contributor to Abkhazia´s state budget.

However, he said that the Russian power company Rosseti had determined that Abkhazia´s energy sector needed 73 billion rubles (1.1 billion US dollars) of investment.

To indicate the scale of the challenge, Abkhazia’s entire budget for 2016 is 13.5 billion rubles (200 million dollars).

The state-owned Inguri station provides more than half of Georgia´s electricity.  Smaller private hydropower stations and some thermal power stations produce the remainder.

Georgia has even managed to export electricity elsewhere in the region during recent summers when water levels are high.

But its overall reliance on hydropower means the country still has to import gas to meet seasonal shortages. In winter, when the level of the water in the reservoir drops massively, a significant part of the country’s electricity has to be imported from Russia and Azerbaijan.

Although Georgia is building new power plants, Inguri will still play a significant role in the country´s energy system.

Livny said that if the Georgians continued to boost the capacity of their national power supply, they could perhaps supply Abkhazia with electricity from other Georgian power stations while Inguri was being repaired.

For example, another large hydroelectric power station is being planned for the Svaneti region in northwestern Georgia.

“In this case, it is possible that Georgia will have capacity to supply Abkhazia.  But for now, I do not know how realistic this is, since electricity consumption in Georgia and in Abkhazia is rising rapidly,” he said.

However, the implementation of such a project would entail bilateral cooperation. In both societies, this is seen as a betrayal of national interests.

Murman Margvelashvili, director of the Institute of Energy and Sustainable Development at Georgia´s Ilia State University, said that the two sides needed to be pragmatic over the economic process of electricity production.

“Abkhazia and Georgia need to understand that the generated electricity is a common product,” Margvelashvili said, “which can be sold to any market and from which common benefit can be derived.”

Georgia, Abkhazia
Reconstruction
Connect with us