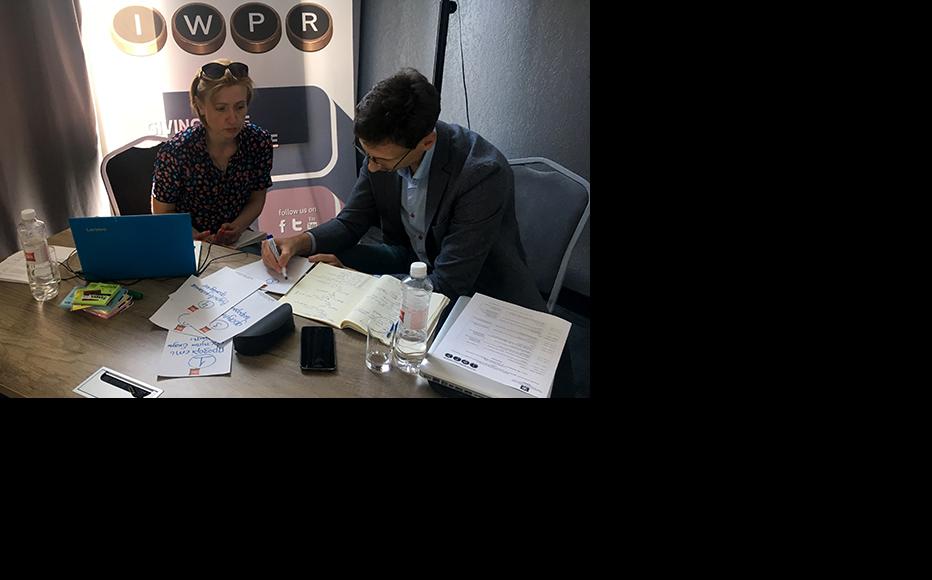 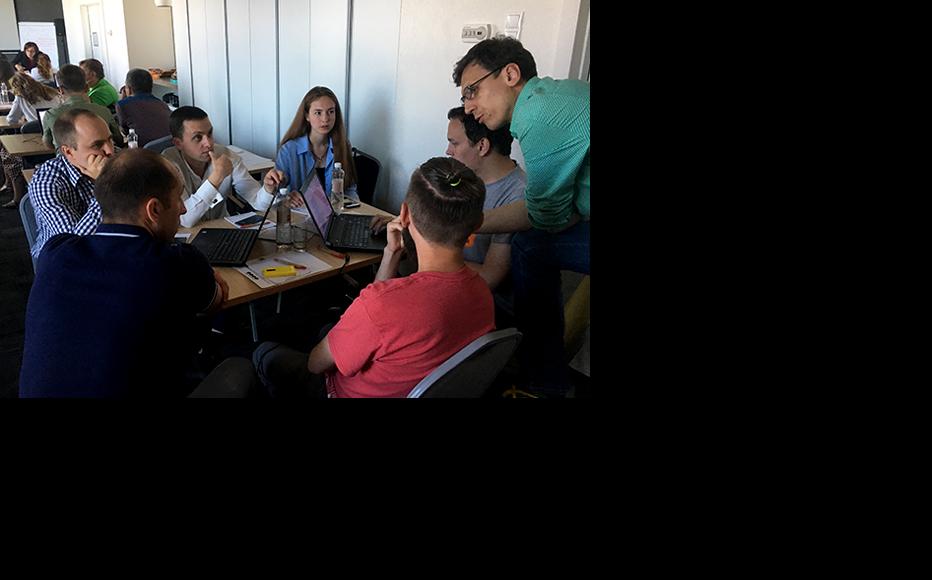 A small group developing its project is being instructed by Vitalii Moroz. (Photo: IWPR) 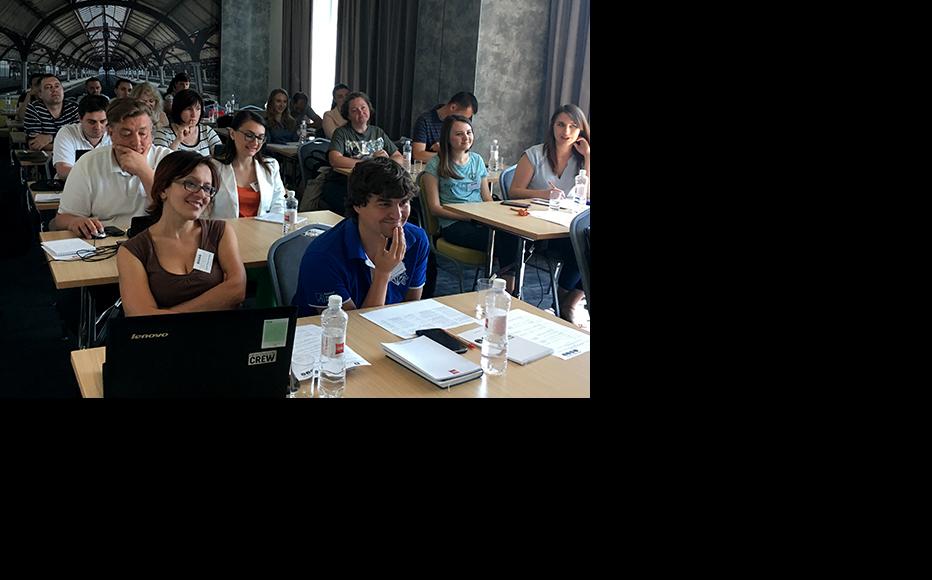 Participants at the workshop. (Photo: IWPR)
The link has been copied

IWPR has launched a new phase of its Ukraine programming with a three-day Kiev workshop as part of its ‘From the Borderland to the Steppes' project.

The 1-3 June event brought together 31 activists and journalists to develop ideas and form partnerships for new projects in their own regions.

Participants –selected from over 130 applicants across Ukraine – grouped together to develop seven draft plans. These included projects on increasing transparency in political funding, raising young people’s awareness and engagement in the electoral process and improving citizen access to information about provincial government.

Trainers and guest speakers covered a wide range of subjects including local oversight, advocacy methodologies and how to use IT solutions within public initiatives. IWPR also announced a new grants programme to support such regional partnerships.

The workshop was held within the framework of the IWPR’s three-year From the Borderland to the Steppes: Giving Voice, Driving Change project, funded by the Norwegian Ministry of Foreign Affairs.

Participants said that the event had been a great way to gain new insights and skills around project development as well as an excellent opportunity to network.

Oleksandra Gubytska is the editor of Nashi Groshi Lviv – whose prizewinning 2017 investigation of illegal public procurement by the military academy was supported within IWPR/Dutch project sub-grants - and chair of the Lvivska Grupa NGO.

She said that learning how to develop project applications had been particularly useful.

“I learnt how to define the goal, objectives and outcomes of the project, how to assess expenses and the effectiveness of using IT solutions for civic initiatives,” Gubytska said. “I need to learn more on the challenges of coalition building, the coordination of the work of large teams from several NGOs and the hidden risks of such cooperation.”

Natalia Norytsyna, the manager of Poltavska Platforma, said that she now understood the importance of active civic engagement in project implementation.

“The problem should be important for society, and not only to activists,” she continued.

Learning how to develop project applications was the most important aspect of the workshop for Taisa Gayda, a chairman of Avtomaydan-Vinnytsya, because “the majority of our ideas die due to lack of funding”.

Trainers said that they had also benefited from the experience.

“I think everyone, including me, was able to learn something new: ideas, approaches, methods,” said Dmytro Chaplynskyi, who develops IT solutions for big data projects. “It was also fascinating to watch how people from different organisations and regions collaborated to deliver. I think there might be quite a few powerful projects [coming out of this workshop].”

Giving Voice, Driving Change - from the Borderland to the Steppes
Ukraine
Advocacy, Civil society
Connect with us