Three-day event leads to proposals for building a better future for Afghanistan.

Three-day event leads to proposals for building a better future for Afghanistan. 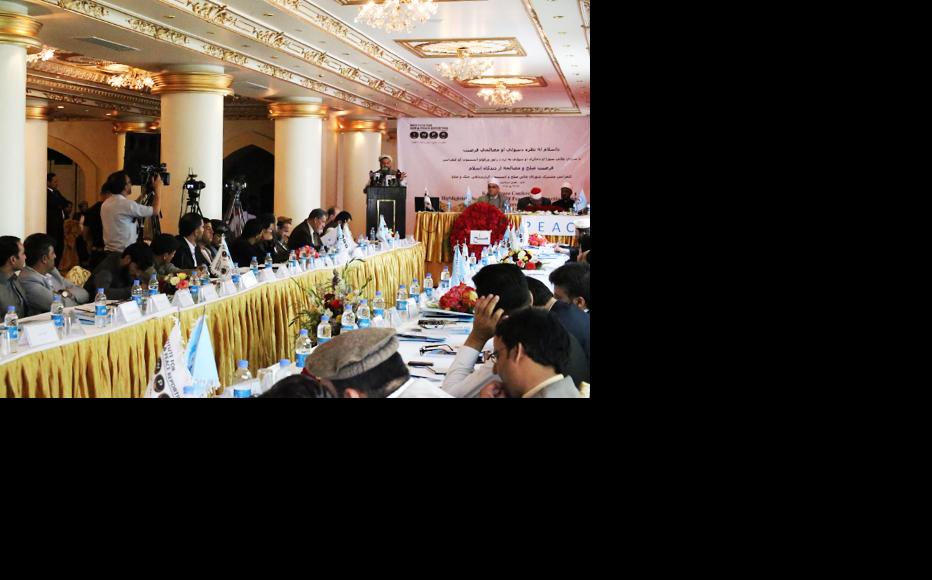 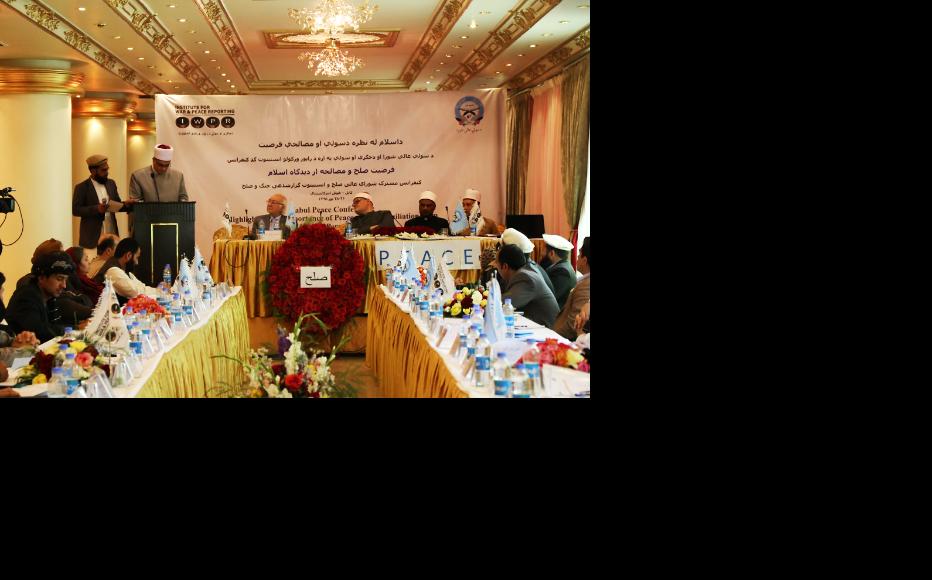 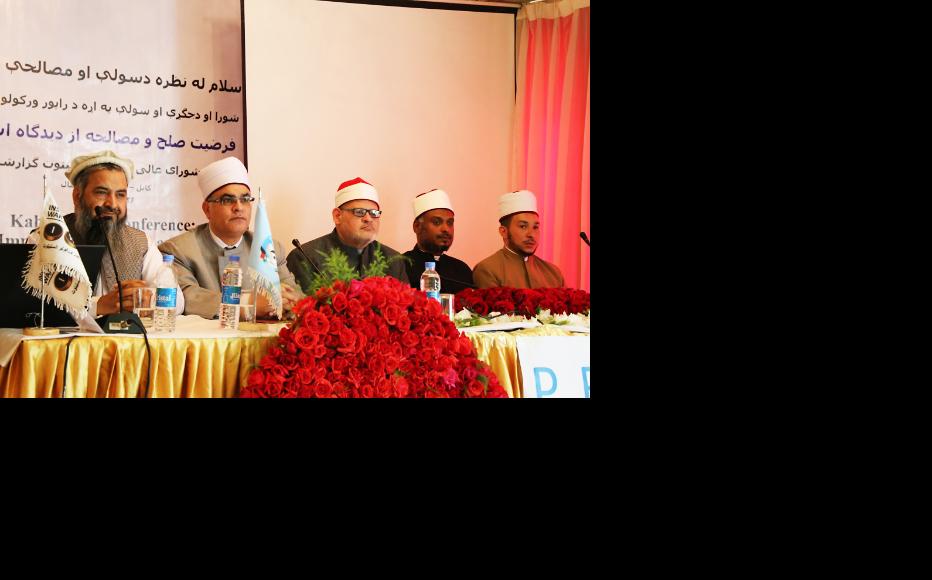 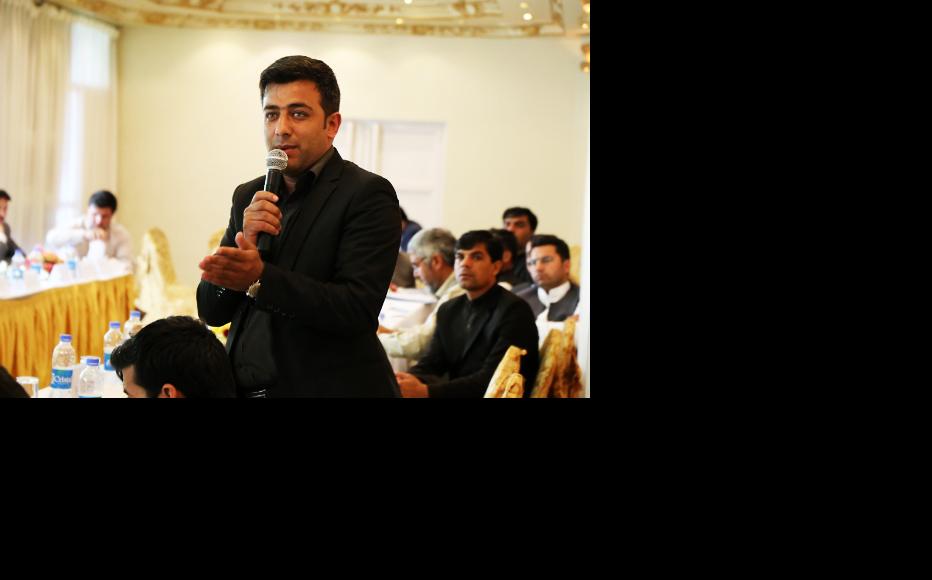 Conference participants had the chance to put their questions to the experts. (Photo: IWPR) 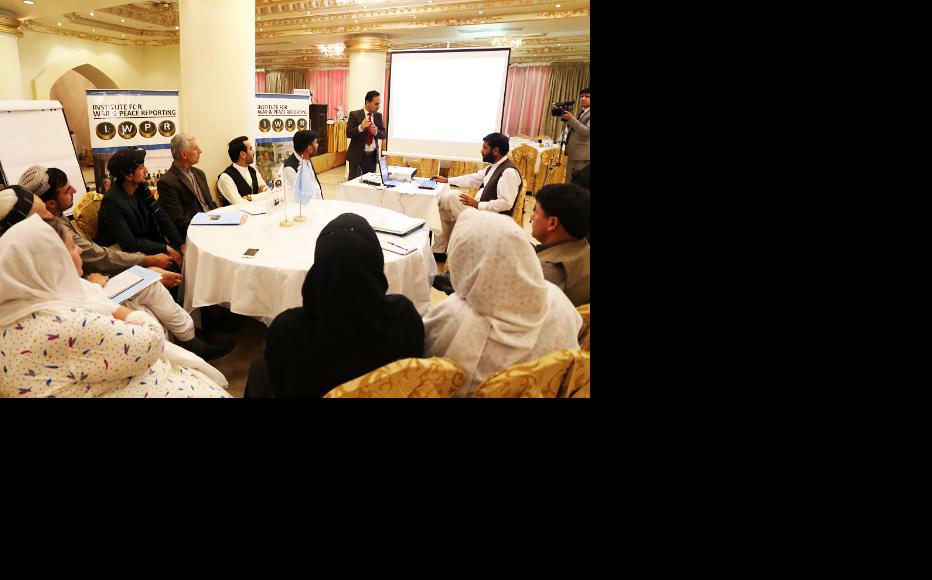 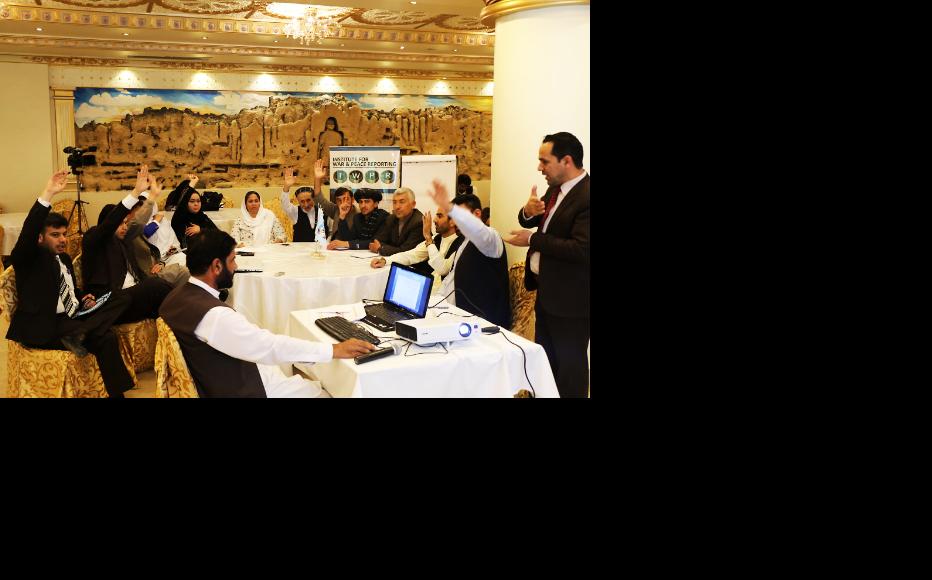 The conference produced a series of recommendations for the Afghan government. (Photo: IWPR)
The link has been copied

A groundbreaking conference organised by IWPR in Kabul has produced new recommendations on how the Afghan government can move forward with the reconciliation process.

The three-day event was convened in cooperation with the Afghan High Peace Council, the body created in 2010 to facilitate talks with the armed opposition.

Government officials, religious leaders, civil society activists and journalists from across Afghanistan were among the 70 people who gathered at the Intercontinental Hotel on May 15-17. Religious scholars from Egypt’s famed Al-Azhar university were also invited.

The conference was part of a two-year IWPR initiative designed to draw Afghans into a nationwide discussion on peace building and reconciliation.

Afghan Reconciliation: Promoting Peace and Building Trust by Engaging Civil Society, supported by the US State Department's Bureau of Democracy, Human Rights, and Labour, has so far engaged more than 18,000 Afghans nationwide.

Participants in some 180 panel events have had the opportunity to discuss a range of issues related to peace and reconciliation. More than a dozen call-in radio forums have spread the message further.

“The conference allowed us to share with experts and representatives of the Afghan government our findings and efforts over the past 20 months,” explained Noorrahman Rahmani, IWPR Afghanistan country director.

The working committees used IWPR’s data and feedback to help formulate final proposals, announced at a press conference on the last day of the event.

These recommendations stressed the importance of including women and young people in any peace talks and preventing the use of religion as a tool for justifying violence.

To that end, the conference called for new controls over mosques and religious education centres as well as creating a central Islamic authority in Kabul to deal with such issues.

One innovative recommendation was the inclusion of a course devoted to peace in the educational curricula of schools and universities.

“Holding the three-day peace conference in Kabul was a major milestone towards the successful completion of IWPR’s 24-month project promoting peace and reconciliation,” Rahmani said. “It wasn’t easy given the recent security developments and unrest in Kabul.

“Despite this, IWPR was able to successfully organise and hold the conference, which led to the development of a set of recommendations that will hopefully help the Afghan government and its international partners to approach the ongoing peace process more effectively."

More than three decades of war have extracted a heavy price from the Afghan people, leaving millions dead, many more displaced, a country in ruins and a legacy of bitterness that will take years to overcome.

The limited reach of central government, the volatile mix of political, regional and ethnic loyalties, and the heavily militarised social environment make it difficult to move beyond the continuous cycle of conflict.

Continued suicide bombings and other attacks underline the enormity of the task ahead, as well as the religious aspect of both conflict and reconciliation.

The armed opposition often justifies its actions through its call for jihad or holy war.

With that in mind, experts were brought over from the Al-Azhar university in Egypt, a key Islamic authority, to give their views on the religious aspect of the conflict.

Mohamed Salem Mohamed Abouaasy, the dean of the  Shariah faculty at Al-Azhar, said, "Those who consider jihad and martyrdom permissible in Afghanistan are wrong, because Afghanistan is an Islamic country and the call to prayer is heard here. Thus, this country cannot be regarded as a battlefield from an Islamic perspective."

Keramatullah Sediqi, of the Afghan ministry of hajj and religious affairs, agreed.

“War between two Muslims is unlawful in Islam," he said.

Fazel Nagar, a civil society activist from Nangarhar province, said that the inclusion of experts from al-Azhar had been particularly wise.

“The presence of the Egyptian religious scholars will be very effective in the outcome of the conference, because the people of Afghanistan respect Egyptian religious scholars deeply,” he said. “We understand better now that the war in Afghanistan is illegitimate, because the highest academic source called the war unlawful based on Shariah provisions."

The conference also discussed the importance of securing the country’s borders.

The Durand Line, a poorly defined boundary established by the British in 1893, has long been a source of friction with Pakistan.

Kabul does not recognise the Durand Line, whereas Islamabad would like to see it formalised as the official frontier.

Abdul Ghafur Lewal, the deputy minister of borders and tribal affairs, noted that some people argued that recognising the Durand Line would solve all bilateral tensions. This was a mistake, he said.

“Pakistan will not be silent simply if the Durand Line is recognised. If we recognise Durand, we should think about how we plan on defending Kabul [from attack].”

Lewal stressed that borders needed to be protected by well-trained security forces with up-to-date equipment.

"Criminal groups involved in the smuggling of drugs, and [wasted resources] from our forests and mines… are problems that endanger the country's security,” he added.

He said that 80 billion cubic metres of water flowed unchecked from Afghanistan into neighbouring countries each year, with most of this used by Pakistan and Iran.

“One of the main reasons for the war is that Afghanistan's neighbors interfere so as to prevent plans to control natural water resources in the country, because our neighbors have used our country's waters for free for centuries,” he said. “They don’t want us to control our own waters so they try to inflame the war in Afghanistan."

Conference participants were delighted with the outcome of the event.

“These efforts are effective in institutionalising a culture of peace,” said High Peace Council vice-chairman Ataurrahman Salim. “I hope such conferences will be held in the future as well.

“The last day of the conference coincided with the day on which the Afghan government reached a final agreement with the Gulbuddin Hekmatyar-led [jihadi party] Hizb-e Islami, an opponent of the government,” he continued. “This is good news for ensuring peace and security in the country."

Mohammad Omar Satay, who heads the secretariat of the High Peace Council in Kandahar province, agreed.

“This conference inspired us to further strengthen the spirit of coexistence among Afghans,” he said. “ Now the time has come for us to devote ourselves to peace."

Others said that the summit had been a fitting end to an extensive programme of IWPR discussions on peace and reconciliation.

Shukria Neda, a civil society activist from Bamyan, said that over the last two years she had taken part in the debates IWPR had organised in her home province.

"Now I participated in the peace conference following those programmes. We learned new strategies for peace at the conference. The issue should be a priority for every Afghan, because we all have a thirst for peace."