Boosting Democracy Through Debate in Afghanistan

Fears that a valuable revenue source could be siphoned off all too easily.

Kabul leadership criticised for failing to deliver on election promises.

Drivers say officers harass them and extort money, instead of making the roads safer.

Boosting Democracy Through Debate in Afghanistan 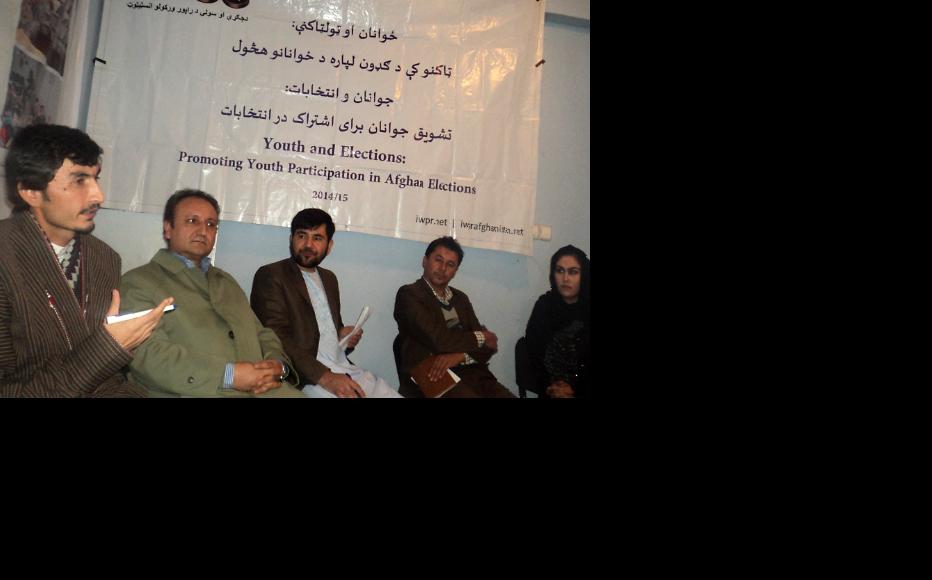 IWPR debate in Faryab province, November 2015. (Photo: IWPR)
The link has been copied

IWPR’s debates are proving an effective way for ordinary people to hold local officials to account, according to participants in events held in October.

Nearly 1,500 young men and women participated in debates organised as part of IWPR’s Youth and Elections Project, which encourages Afghans to take an active part in their country’s political future.

“The IWPR debates are a good example of civil activism and democratic principles. Through these debates, officials understand that they bear a responsibility to the public, that they are the servants of the people rather than their masters, and that people can ask them questions at any time,” she said.

People across eight provinces including Laghman, Balkh and Faryab discussed the effects of a ten per cent telecommunications tax imposed by presidential decree.

Humayun Shams, head of the department for telecommunications and IT in Laghman, a province northeast of Kabul, said the discussion provided a good forum for discussing this important issue.

“If we tried to communicate with people about this telecommunications tax, it wouldn’t be as effective as it was via the IWPR debate, which enables members of the public themselves to put questions to officials and get answers directly,” he said.

Another set of discussions focusing on people’s expectations of the current government were held in Balkh, Kapisa and Faryab provinces.

The events heard fierce criticism of the government’s performance to date, and pessimism about its prospects over the coming four years.

The debates provided a forum for participants to ask important questions about issues that affected their day-to-day lives.

Zahra, who took part in the debate in Kapisa province, north of Kabul, said she arrived full of concerns about the security situation.

“When I shared my fears with officials in Kapisa and received answers from them, I became much more confident that our security services were able to resist attacks from the enemy,” she said. “The debate gave me a feeling of spiritual comfort.”

Hamidullah, a resident of Pashtunkot district in the northwestern Faryab province, also got a chance to ask questions about security.

“We talked to officials about the security situation. We wouldn’t have been able to share the necessary information with each other without this debate,” he said. “People from different areas are brought together at these events. These meetings and exchanges of opinion not only help resolve problems but also build friendly relationships.”

Afghanistan: Youth and Elections
Afghanistan
Accountability
Connect with us