Both sides say they can support each other in building new post-conflict realities.

Both sides say they can support each other in building new post-conflict realities. 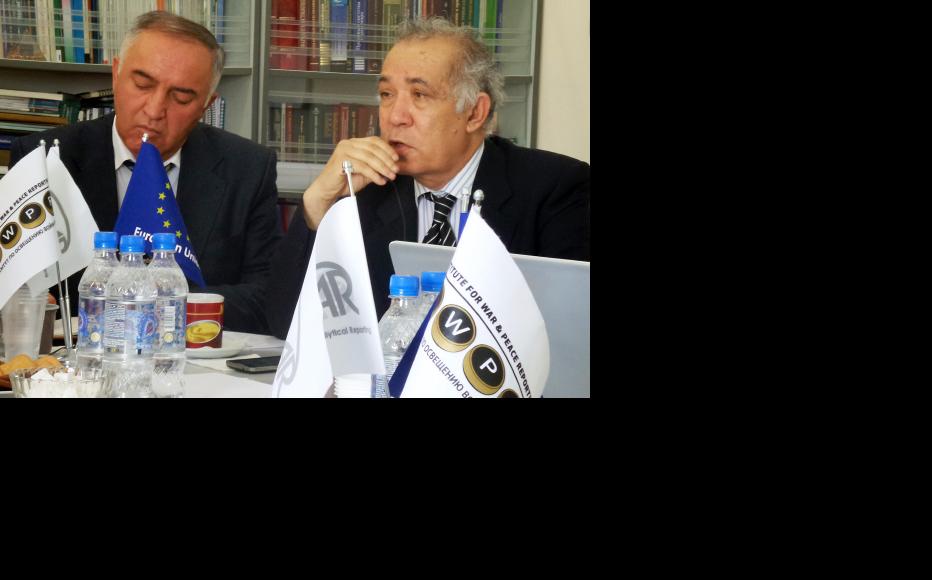 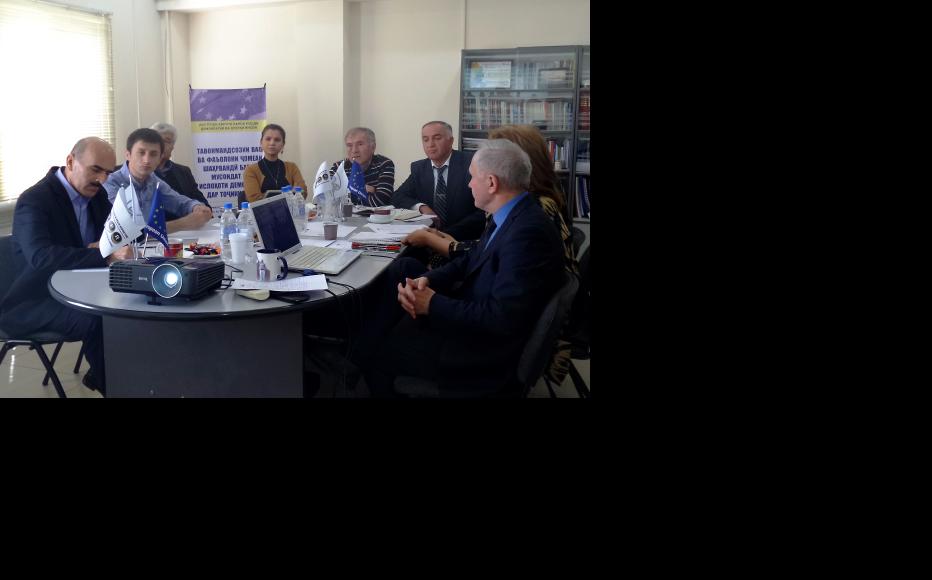 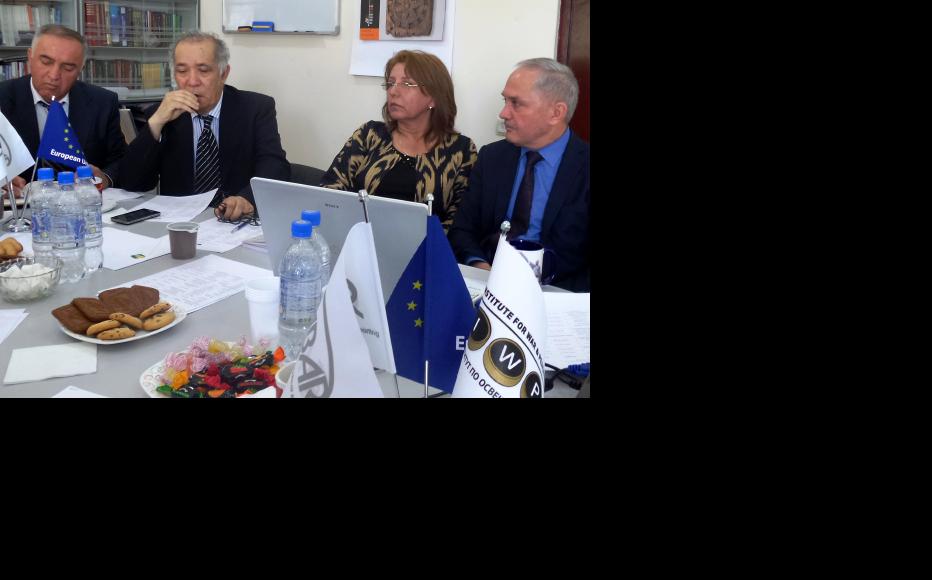 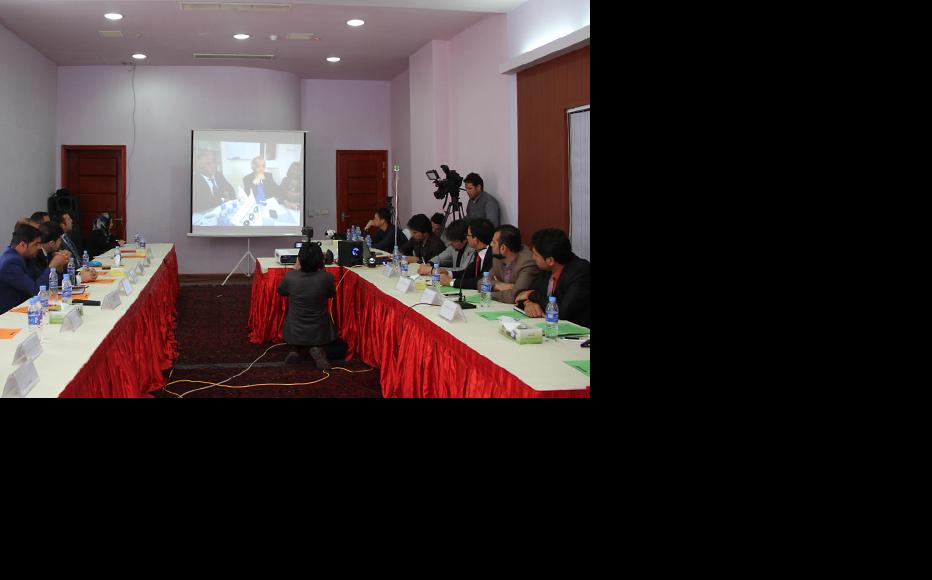 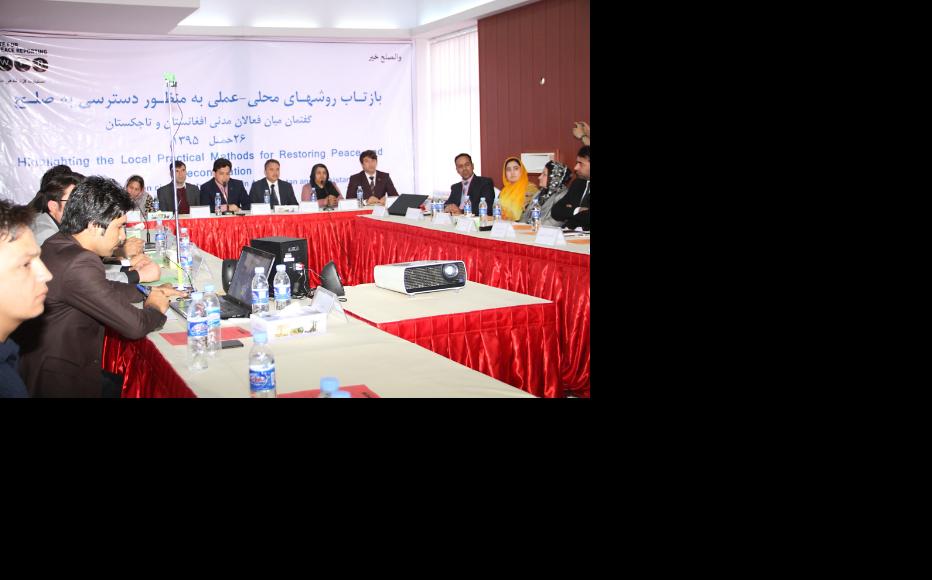 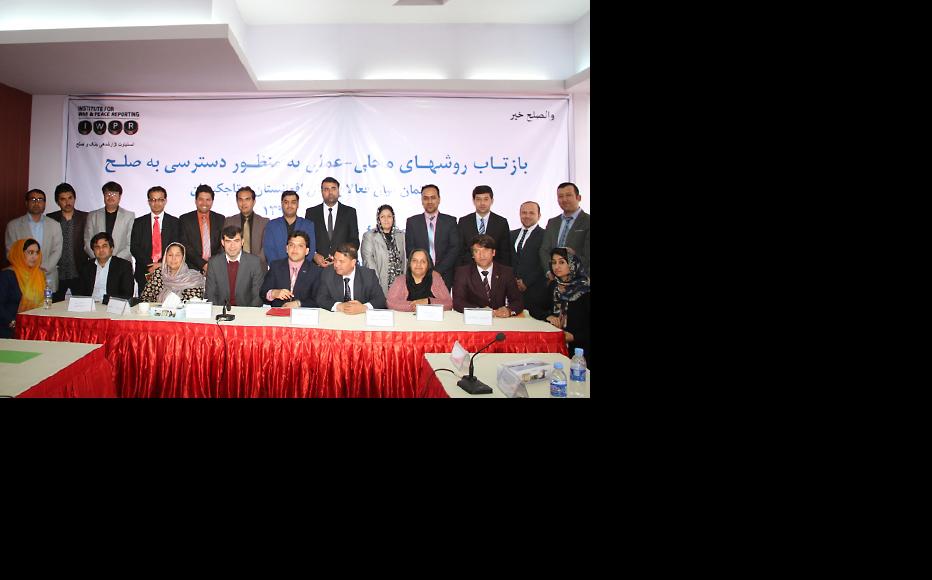 Group photo of the Afghan panellists. (Photo: IWPR)
The link has been copied

Afghan and Tajik experts had a rare chance to share their experience of living in societies troubled by war at a cross-border IWPR event.

Afghanistan has suffered more than three decades of successive conflict, and now faces the challenge of peace talks with the Taleban.

Neighbouring Tajikistan suffered a five-year civil war which ended with a 1997 peace deal in which the Islamist rebels disarmed and accepted a share of government positions.

Participants in the April 7 Skype debate, who included activists, human rights workers and academics, were keen to learn from each other’s experience of rebuilding a post-conflict society.

“Tajikistan and Afghanistan have a lot of similarities, including the language and culture, and so it is easy for us to communicate,” said IWPR Tajikistan country director Abdumalik Qodirov.

“There are many topics for discussion that are crucially important for both sides, such as building civil society, strengthening independent media and supporting freedom of thought, fighting violent radicalism, combating drug trafficking, doing business and more.”

The forum was part of IWPR’s Afghan Reconciliation: Promoting Peace and Building Trust by Engaging Civil Society programme, designed to support peace efforts by building grassroots constituencies through open discussion and bridge-building, and by giving young people a strong sense of ownership of their own future. The initiative is supported by US State Department’s Bureau of Democracy, Human Rights, and Labour.

“Events such as this allow activists to exchange views and learn from each other’s experiences in tackling the issues affecting their societies,” said Noorrahman Rahmani, IWPR’s Afghanistan country director.

“This was a very good opportunity for our Afghan colleagues, who have been working hard to promote peace in the country, to learn from their Tajik counterparts how they tackled issues during and after the 1990s civil conflicts in Tajikistan. Our journalist colleagues asked their Tajik peers questions on how they could safely report on the conflicts during those years.

“Peace does not mean only the absence of war but also respect for human rights, the rights of women, freedom of speech and so on. These are all aspects of peace that can be strengthened through events such as this one.”

Tajik speakers noted that even nearly 20 years after the civil war, many aspects of their lives had yet to fully recover.

Qazi Sayed Mohammad Sami, the regional director of Afghanistan Independent Human Rights Commission in Balkh agreed that it was vital to invest in functioning societies after active combat was over.

“A peaceful environment is one where people can benefit equally from opportunities, rights and social welfare,” he added.

Other speakers noted fundamental differences between their experiences of conflict.

“War and peace in Tajikistan cannot be compared with the security threats facing Afghanistan,” said Tajik historian Noor Ali Dawlat. He noted that the 1992-1997 war had included only a handful of foreign actors with interests in Tajikistan. Several dozen other countries, however, had become involved with the conflicts in Afghanistan.

Saidkhoja Akbarov, deputy director of the centre for strategic studies under the president of Tajikistan, agreed that outside forces were a major part of the Afghan war.

However, he said that Afghan citizens needed to take responsibility for the ongoing conflict in their own country.

Professor Ibrahim Usmanov, director of the Dialogue of Civilizations NGO and a former presidential advisor, worked as a consultant at Kabul university during the Socviet occupation.

He said that political and economic cooperation between the two neighbours could help support peace in Afghanistan, if substantive domestic moves were first made by Kabul.

“Tajikistan can help Afghans only when conditions inside Afghanistan will be peaceful,” he said.

Mardan Mohammad, a freelance journalist who worked with BBC Persian during the war, noted the difficulty of reporting in the midst of conflict.

“Seventy Tajik journalists were killed during the war,” Mohammad said.

Dawlat said that the Tajik government was indeed concerned about instability around the border between Afghanistan’s Kunduz province and Tajikistan.

He said that Tajikistan government had deployed extra troops to the region to address those concerns.

“It was a great pleasure to have had a chance to talk directly to our colleagues from the other side of the Oxus [river], even though it was only a virtual conference,” said IWPR’s Qodirov. “Of course, it would be better if such conferences took place face-to-face and more frequently.

“There are some areas in which Tajikistan has had more successes, such as women’s rights, education, healthcare, etc, and thus, we can share our successful practices with our Afghan colleagues.

“Nevertheless, there are certain things that we can learn from our colleagues from Afghanistan. Religious tolerance, freedom of speech, respecting private property, doing business – these are some of the areas that require major improvement in Tajikistan. And IWPR has the ability to lead the process and become a bridge between the two neighbouring nations, so that both move forward towards progress and prosperity together.”