All parties urged to respect non-combatants and observe the rules of war.

All parties urged to respect non-combatants and observe the rules of war. 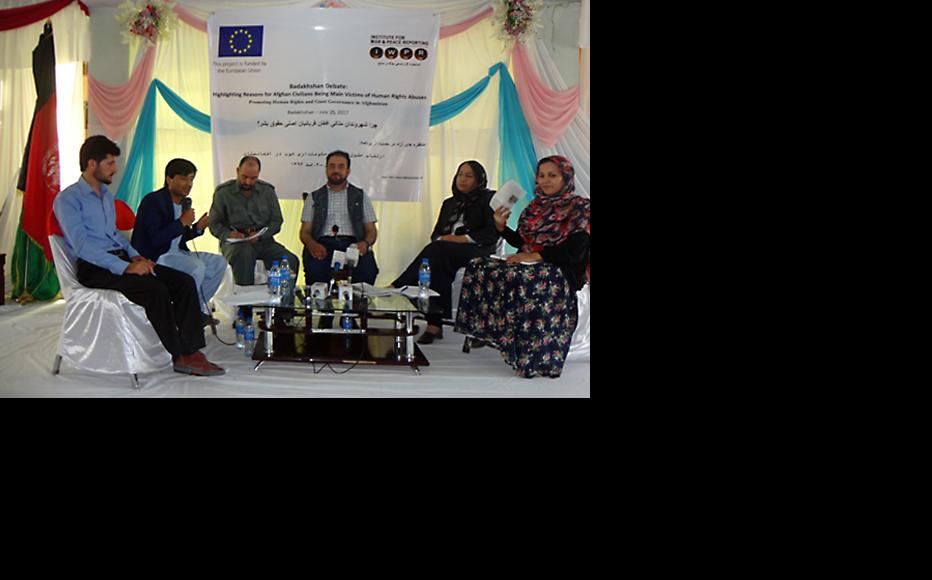 IWPR debate on human rights held on July 25 in Faizabad city. (Photo: IWPR)
The link has been copied

Civilian casualties are rising in the northeastern Afghan province of Badakhshan, a police official told a recent IWPR debate on human rights.

Sher Ali Ekhlas, the chief of Badakhshan’s community police, told the audience of some 120 men and women in Faizabad city that violence was getting worse.

He said that police had recorded about 40 civilian casualties throughout the whole of the previous year.

“In the last four months, 54 civilians have been killed,” he concluded.

“The increase in the rate of civilian casualties is tragic and heartbreaking,” civil society activist Imam Mohammad Saee told the July 25 debate. “The parties involved in the conflict should care about civilian lives and respect the laws of war.”

Other participants said that it was not just the armed insurgents who were responsible for human rights abuses.

Arifa Naweed, head of the provincial office of the Afghanistan Independent Human Rights Commission (AIHRC) said, “Violations and injustice are widespread in areas under government control as well as in less secure parts of Badakhshan and this has caused problems for governance and the rule of law in this province.”

She highlighted a failure “to investigate cases of human rights’ violations, the interference of powerful people and the weakness of local government” as major challenges.

Anees Gul Akhgar, an advisor to the Badakhshan governor, said that local people also had to take responsibility for law and order.

“Despite all the deficiencies and weaknesses of the government, we should not hold the government solely responsible for all these problems,” he said. “We, as civilians, should accept and obey the laws of the land and it’s also our duty to help in the implementation of the law.”

“I lost my brother about a year ago after he was attacked and killed by a gunman, but the case has still not been solved,” he said, adding, “Not only has justice not been done and the criminal punished, but my sister-in-law has been imprisoned without committing any crime. I tried very hard to get her released from custody, but since I don’t know any high-ranking government official, she has not been freed.”

Anther participant, social activist Abdul Baseer Waseeq, said the event had provided a rare opportunity to raise important issues with officials, adding, “Cases of human rights violations were very often seen in areas controlled by the government, but until now we never had the opportunity to pose questions to officials to draw their attention to these problems.”