Workshop focuses on teaching better ways to communicate with the public.

Workshop focuses on teaching better ways to communicate with the public. 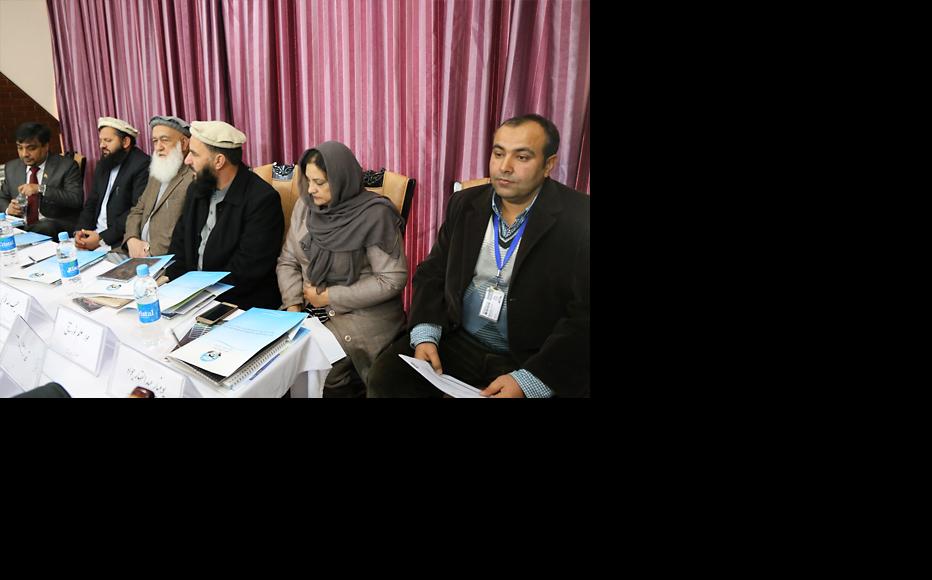 Spokespersons for the High Peace Council were taught communications and writing skills. (Photo: IWPR)
The link has been copied

IWPR has held a two-day training session for staff at Afghanistan’s High Peace Council, the body tasked with forging a peace deal and reconciliation with the Taleban.

The Kabul workshop brought together the heads of public outreach at 18 provincial-level branches of the council.

Participants were taught the basics of journalism, public relations, awareness-raising and photojournalism.

“What was particularly interesting for me in this workshop, compared with other trainings, was the unconstrained atmosphere and the open discussion between the participants and trainers,” said Toryalai Amin, a member of the High Peace Council’s secretariat. “The professional knowledge and behaviour of the teachers was admirable.”

Amin said he hoped that more workshops would be held in future, and that the project would be extended to other organisations working towards peace.

“We hope that other government bodies and NGOs, too, cooperate closely with the High Peace Council as IWPR has done, because bringing about peace is not the job of just one institution or person,” he continued. “Every citizen of Afghanistan and every organisation has an intellectual  and moral responsibility to work towards this.”

The workshop was part of the IWPR initiative Afghan Reconciliation: Promoting Peace and Building Trust by Engaging Civil Society. Launched in September 2014, the programme focuses on empowering young people to find ways of moving beyond the cycle of continual conflict.

As well as facilitating public debates and setting up citizen groups across the country, IWPR is working with local branches of the High Peace Council.

The training event was intended to give provincial spokespersons pointers on how to best engage with the public and the media on peace and reconciliation issues.

“IWPR connected with people who need our journalism and public relations expertise the most, to build their professional careers as local outreach officers for the High Peace Council,” IWPR’s deputy country director Abdul Qahar Jawad said. “This has given the High Peace Council’s central office in Kabul with an opportunity to receive professional reports and pictures from their provincial staff, who will able to promote relations with media and community organisations better than the past.”

Participants said they were delighted with the new skills they had learnt.

“I have been to workshops in the past but I learned many new things on the IWPR course,” said Mir Ahmad, the High Peace Council’s head of public outreach in Wardak, a province west of Kabul. “In this workshop, I understood the mistakes I’d been making. I can say with confidence that after this workshop, there will a 100 per cent improvement in my work.”

“It was the first time that I’d taken part in such a workshop; I heard many interesting things,” said Allah Jan Hamdard, head of public awareness in Nangarhar in eastern Afghanistan. “I realised I hadn’t been doing things properly, and I learned how to take photos, conduct interviews, write a standard report, and also what is actually meant by public awareness.”

Shokrullah Mohammad, the council’s outreach head in Kapisa province, north of Kabul, said the event was a useful networking opportunity.

“One of the major achievements of this workshop was that it brought together the heads of public outreach offices in 18 provinces. We held meetings and exchanged ideas and experiences, building a consensus that will help us carry out our work.”

Afghan Peace and Reconciliation
Afghanistan
Accountability
Connect with us