US Immunity to Top Bill at Afghan Assembly

Delegates from all over the country to discuss outstanding points of difference, including whether American soldiers can be prosecuted.

US Immunity to Top Bill at Afghan Assembly

Delegates from all over the country to discuss outstanding points of difference, including whether American soldiers can be prosecuted. 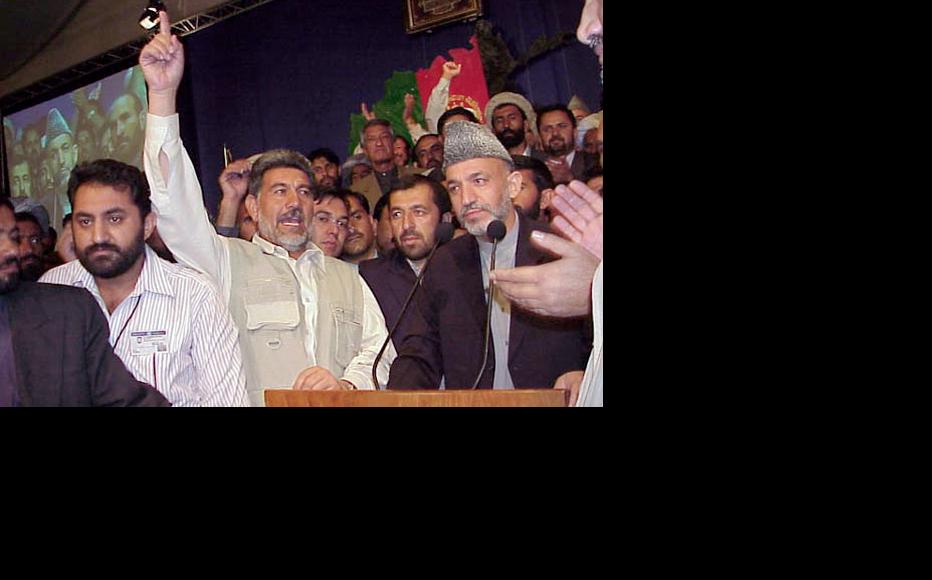 A previous loya jirga, held in 2002, confirmed Hamed Karzai as Afghan president. (Photo: US State Department)
The link has been copied

As 3,000 delegates prepare to attend a meeting in Kabul to decide crucial aspects of future relations with the United States, some say it has no real authority to decide on these matters.

Loya jirgas or “grand assemblies” drawn from people across the country are periodically convened in Afghanistan to debate important national issues and arrive at a consensus view. The idea is that with broad-based participation, the congress will produce decisions that will be accepted by everyone. President Hamed Karzai called this loya jirga for November 21 to rule on the Bilateral Security Agreement, which is intended to govern US-Afghan defence cooperation after most international troops leave Afghanistan next year.

He agreed most terms of the document at a meeting with US Secretary of State John Kerry last month, but some important issues remain unresolved, notably whether any remaining American soldiers should have immunity from prosecution in Afghanistan.

“Legal immunity does not lie within the powers of the Afghan government, but is a matter for the people of Afghanistan, and the loya jirga will decide on it,” Karzai told reporters after his talks with Kerry. (See Afghan-US Pact Still Hangs in Balance.)

Both the legitimacy of the loya jirga and the nature of the deal it will discuss have provoked strong reactions.

On November 10, hundreds of people took part in a demonstration in Kabul organised by a group calling itself the Front for National Unity and Opposition to US Military Bases.

A spokesman for the movement, Wahid Mozhda, told IWPR that Afghans were being led unawares into a wholly one-sided arrangement.

“With this agreement, the Americans want to get Afghanistan for free,” he said. “They want to use Afghan airspace and territory however they please beyond 2014…. How will this pact, and this consultation by a ceremonial jerga, benefit Afghanistan?”

The following day, hundreds of people gathered for a counter-protest organised by the National Islamic Peace Party.

“The president’s decision to convene a consultative loya jirga reflects an important wish of the Afghan people,” said party head Shah Mahmud Popal. “Our party supports the jirga and the decisions it will take. The people of Afghanistan need peace more than anything else. We support any step that brings us closer to peace and security.”

The National Coalition of Afghanistan, a prominent opposition group whose leader, Abdullah Abdullah, is hoping to succeed Karzai as president in next April’s election, said the assembly should never have been convened, and announced a boycott.

National Coalition spokesman Fazel Hussein Sancharaki told IWPR that Afghanistan already had a decision-making structure in the shape of a two-chamber parliament plus the provincial councils.

By contrast, the loya jirga was merely a consultative body whose decisions were not binding, Sancharaki said. He expressed concern that the text of the Bilateral Security Agreement had not been made public, and questioned whether those attending the loya jirga would get to see it.

Sancharaki dismissed the entire process as a waste of time and money.

“Afghanistan is a poor country,” he said. “Inviting some 3,000 people to Kabul and hosting them for five to seven days, providing security for them, and other things are a heavy cost for this impoverished nation to bear.”

Political analyst Atiqullah Amarkhel said the people invited to the loya jirga were not qualified to rule on matters of state, and accused the president of trying to shift the burden of responsibility from his own shoulders.

“The president should consult experts on the law, politics, economics and military affairs, as well as political parties and civil society institutions… not people who know nothing of such matters,” he said. “These people can’t do anything except raise and lower their hands when it comes to a vote.”

In an attempt to make the loya jirga as legitimate and inclusive as possible, Karzai announced that he would welcome representatives of the Taleban and another insurgent group, Hezb-e Islami, led by Gulbuddin Hekmatyar.

The Taleban made it clear they were not coming by claiming responsibility for a November 16 bomb attack near the loya jirga venue in western Kabul. Ten people died and 13 others were injured. Taleban spokesman Zabihullah Mojahed warned that if participants approved the US pact, they would be branded traitors and added to the Taleban’s hit list.

Sadeq Modaber, an official responsible for arranging the loya jirga, said a Hezb-e Islami delegation had submitted a list of possible participants. But this was denied by a senior member of the faction, Ghairat Bahir, who told IWPR, “As a matter of principle, we are convening jirgas like this, and we particularly oppose jirgas like this one which is harmful to the liberty and national interests of Afghanistan.”

On the streets of Kabul, opinions about the value of this week’s meeting were just as divided.

One resident, Shah Mahmud, said he was sick of the entire process.

“Karzai has organised so many jirgas and gatherings over the past 12 years that we’re fed up with them,” he said. “There’s no gain, just headaches for the public. Most roads in the city have been closed for the last month because of this jirga. There are stop-and-search checkpoints everywhere. People can’t get from one place to another in less than two or three hours, and universities have sent their students home. And the final result will be zero.”

However, civil servant Farhad said still held out hopes for a process which might just make Afghanistan a more stable place.

“In my opinion, the jirga should agree to the security pact with the US as long as they don’t sell out the country’s national interests,” he said. “We want to have good relations with the US, and we need pacts like this in order to rid ourselves of troublemaking by our cowardly [Iranian and Pakistani] neighbours.”