Opinion divided over legislation that will outlaw such abuse for the first time.

Opinion divided over legislation that will outlaw such abuse for the first time. 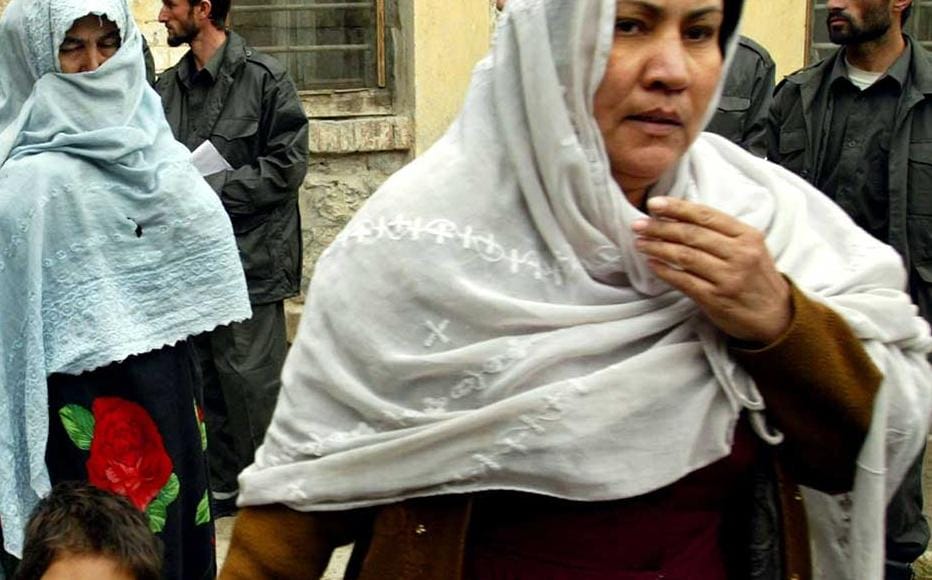 Afghanistan has introduced legislation banning the harassment of women and children. © Paula Bronstein/Getty Images
The link has been copied

Leeda stood waiting at a Kabul bus stop, braced for a daily commute that she said inevitably involved sexual comments and snide remarks from male passers-by.

The young woman said she knew about recent legislation that would make such harassment a crime under Afghan law for the first time. However, she did not have high hopes for it.

“Making laws is very easy in Afghanistan, but implementing them is impossible,” she explained, smiling. “I face many problems and am disrespected and pestered every day during my journey.”

Told that the law would mean that she could make a formal complaint to the police about such harassment, she smiled again.

“That would make me happy,” she said. “But what would really be a big help is if the policemen themselves didn’t harass me.”

Opinions are divided over new Afghan legislation banning the harassment of women and children that was passed by parliament on November 9, 2016.

Supporters hail the move as a landmark moment in the fight for gender rights in Afghanistan, while others say it is unlikely to ever be implemented.

The law encompasses what it terms “illegitimate demands” such as verbal abuse, sexual requests or inappropriate physical contact as well as harassment over the phone or via social media.

In addition, the ministry of interior is supposed to provide a special contact number so that women can report violations.

Those convicted of harassment in public places or vehicles can be fined between 80 to 150 dollars, while similar behaviour in the workplace or educational or healthcare centres can be punished with a fine of between 150 to 300 dollars. Repeat offenders are liable for a custodial sentence.

Although there have been major improvements in the field of women’s rights in Afghanistan over the last 15 years, particularly in access to education, conservative social traditions mean that progress remains extremely slow.

The entire judicial system remains riven by corruption and operates under extreme pressure amid an ongoing insurgency.

Despite repeated requests, IWPR was unable to find a police official who was willing to be interviewed on this subject.

And although the latest legislation has been approved by parliament, it has yet to be signed into law by the president.

Activists note that they have prior experience with apparently groundbreaking gender rights legislation that has failed to have any impact.

The Law on the Elimination of Violence Against Women, enacted by presidential decree in 2009, prohibited a range of abuses from assault and rape to marriages that are coercive, involve minors or amount to a transaction between the two families. However, this law was rejected by parliament in May 2013, and has been shelved ever since.

Even legislators themselves are dubious about the degree of difference the legislation might make.

Lawmaker Nazifa Zaki was one of the law’s backers and told IWPR that while she was happy it had been approved, she was far from sure it would actually be applied.

“Many laws have been made to protect the rights of women in Afghanistan, but in practice these laws were never implemented. People need to put pressure on the government so that it enforces the law,” she said, adding, “It’s our responsibility to monitor the enforcement of this law and others.”

Abdul Hai Akhundzada, who represents Helmand in the Wolesi Jirga, also said that the law was unlikely to be put into practice.

“When the constitution, which is considered the mother of all laws, is not enforced, how will people believe that this law will be put into practice?” he said.

Akhundzada said that simply enforcing Sharia law would be a more effective way of reducing harassment.

“I think that the contents of this law are too weak,” he continued. “Is it logical that a person who harasses women or children physically or verbally should be fined [only] 80 to 150 dollars?”

Some rights defenders noted that administrative corruption had become so extensive that laws of this kind were open to abuse.

“The fines that are part of the anti-harassment law could serve as a good excuse for police to illegally boost their incomes,”  said Lal Gul, chairman of the Afghanistan Independent Human Rights Commission (AIHRC). “Maybe police will start harassing and fining innocent people in order to increase their arrest rate.”

He continued, “When high-ranking government officials and authorities violate the laws, we can’t expect the common people to respect the laws of the country. Justice will be served only if the law is implemented on every single member of society equally, without impunity.”

Yet despite the obstacles, others are more upbeat about the law’s possible effect.

Qadriya Yazan, head of women’s rights at the (AIHRC) said the legislation marked a milestone in the fight to protect women and children.

The law sent an important message to the public about acceptable behavior in Afghanistan, she continued, even if putting it into practice would take time.

Yazan continued, “I am sure that as levels of insecurity decrease, our country’s judicial system will advance and become more active.”

She stressed that getting the law through parliament was only the first step of a long process.

“The AIHRC along with the Afghan parliament should monitor the law’s implementation and also put pressure on the country’s judicial institutions to enact it,” Yazan said, adding, “It will be even more effective if sermons in mosques [addressed the topic] and if the ministry of education began public awareness campaigns about the law’s details.

“The ministry could also launch school programmes to inform students about the articles of this law.”

Parwin Khaliqi, head of legislation at the ministry of women’s affairs, said they were also planning outreach campaigns.

“We plan to launch seminars and conferences to explain the contents of this law to all the women of Afghanistan,” she said, adding, “We are really optimistic about this law and we are sure that the level of harassment of children and women will decrease after its implementation.

“It takes a long time for a law to be enacted in Afghanistan but we are sure that implementation will start gradually.”

The first challenge may be to convince women that it is worth their while to come forward and report incidents of harassment.

“I don’t believe that men who pester women will be prosecuted and punished,” said one woman, Shabnam, adding that she was subject to persistent workplace harassment at a state-run news agency in Kabul.

Although she knew about the new law, she too had little faith it would help her.

“My boss pesters me all the time, so who will listen to me if I lodge a complaint about harassment?” she asked. “I’m sure that no one would listen and that if I lodged a complaint I’d either be dismissed or transferred to other office.”

The problems were too deep-rooted to be affected by one new law, Shabnam continued.

“Afghan culture is male-dominated and women can’t get really get ahead within this kind of society,” she said, adding, “The harassment of women on the street and at work has only increased. If conditions at my work continue as they are, I will just have to leave my job.”

Mina Habib is an IWPR contributor in Kabul.