Experts say that psychological problems are on the rise.

Experts say that psychological problems are on the rise. 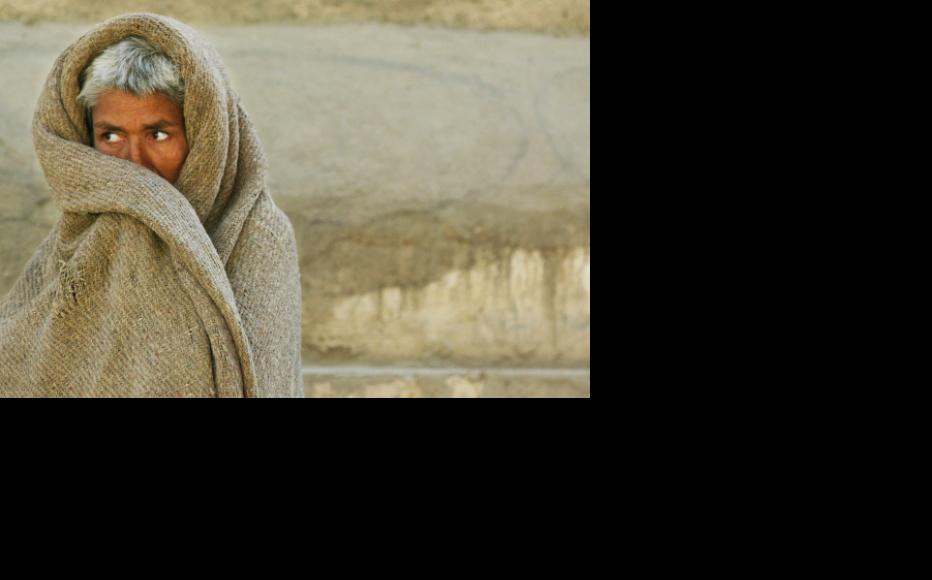 Azizia sat on her bed in a ward of Kabul’s mental health hospital, looking around with worried, tear-filled eyes.

The 45-year-old told IWPR that she had experienced many years of domestic abuse. She was 15 years old when her father married her off against her will to a man from Paktia province.

"I was unhappy in this marriage from the very beginning,” she told IWPR. “The culture in Paktia was new for me and I found it unacceptable. Arguments and violence became my daily reality.”

Azizia, who now has two sons and seven daughters, continued, “I have to carry out heavy labour such as looking after livestock and working in the farm. When I say that I can’t manage it, [the family] beats me and swear at me."

Her miserable domestic situation had led to her admission for psychological treatment, Azizia explained, adding, “Now my family says I am mentally ill and have brought me here.”

Experts say that more than three decades of conflict, poverty and other associated social problems have fuelled a metal health crisis in Afghanistan, with women bearing the brunt of the problem.

"I can confidently say that the problem is increasing among women,” said Bashir Ahmad Sarwari, the director of the mental health department at the ministry of public health.

The last comprehensive survey was carried out in 2004 and found that 68 per cent of respondents suffered from depression, 72 per cent from anxiety and 42 per cent from post-traumatic stress disorders.

Sarwari said that based on anecdotal evidence, he believed that rates of psychological illness among women were rising year by year.

Although the ministry had set up clinics across the 34 provinces of the country to treat psychological problems, there was only one dedicated mental health hospital in Kabul.

Hospital director Khitab Kakar said that war, domestic violence and conservative traditions that discriminated against women were all factors that contributing to poor mental health in Afghanistan.

"We should differentiate between two issues. There are [milder] psychological problems, which affect many people and which can be treated through counseling with mental health doctors,” he continued. “Then there are [severely affected] mental patients who need to be admitted for intensive treatment."

"Social problems, particularly domestic violence, cause depression and fear among them,” he said. "Men also come under mental pressure, but they can leave the house. They work and their thoughts are distracted and can stray in other directions while they’re working."

Shah said that he had seen more patients within the last year than ever before. Most of them were women, he continued.

Officials at the ministry of women’s affairs agreed that a mental health crisis was building, attributing this to unemployment and addiction amongst male members of families.

Farzana Safi, head of the ministry’s legal department, said, "Women rely on the men in their families to supply all their economic needs. When these men have no jobs and no money, these demands are not met and this paves the way for arguments.

“In particular, men who have developed addictions to opiates don’t care about their families at all. It’s these factors that have caused an increase in mental disorders among women."

Shabnam Sima, head of the women’s section at the Afghanistan Independent Human Rights Commission (AIHRC) agreed that the main underlying cause for rising mental health problems amongst women were violence and soaring unemployment.

"[In the past] we registered 800 cases of mental illness in a year, but we have registered 114 cases in the first month of the current solar year,” she said.

The worsening security situation after the withdrawal of the foreign forces from Afghanistan two years ago may also have had an impact.

Jamila, 25, an in-patient at Kabul’s mental health hospital, said that she had suffered from depression every since her brother was killed in a  2014 suicide attack.

"I mostly just cry on my own. Sometimes, I even want to commit suicide,” she said, adding that she received little sympathy from those closest to her.

"When I am in a bad way, instead of supporting me, my family gets angry and tells me that I have gone mad.”

Jamila lost her job as a result of the illness, and said that the only respite she got was when she was admitted to hospital for treatment. At home, her condition simply deteriorated.

Safi said that the women’s ministry was considering running awareness programmes about women’s mental health. They were also trying address the issue of job creation for women and help combat domestic violence.

The ministry had established had set up a committee, Support for Witness and Victim, which brought together several institutions working to prevent violence against women. The committee provided legal, emotional and practical assistance to all women affected by violence.

Psychological specialists said that others ways of outreach could help address the crisis.

“If the media and imams at the mosques talk about the elimination of violence against women and explain women's rights in both shariah and civil law to men, I believe that would be the best way to prevent such problems,” said Emal Safi, a mental health expert.

For now, many of the most vulnerable women are left to try and seek help where they can.

Shekeba’s face was so lined and worn that, although only 24, she seemed much older. She had travelled from Bamiyan province to Kabul’s ministry of women’s affairs.

Shaking uncontrollably, she waited in the courtyard, darting fearful glances in all directions.

"My husband has been jobless for the past year,” she said through dry, cracked lips. “When he is at home, he uses everything as an excuse to relieve his anger by beating me. Now, I am scared of every human being. I live in fear.

“My relatives say I am sick and need to be in bed, but I am here to get a divorce from my husband. But nobody helps me."